With a variety of activities to promote the theme of ‘United Against Bullying’, Greenfield pupils engage in Anti-Bullying Week 2020.

Organised by the Anti-Bullying Alliance, as part of the National Children’s Bureau, this initiative asks schools across the country to emphasise the importance of anti-bullying, with the tagline “United Against Bullying”.  The official music video for the 2020 campaign can be viewed here.

On the 28th September, we hosted the “Big (Virtual) Anti-Bullying Assembly”; to establish the campaign amongst the children. As they watched from their classrooms, the children explored the behaviours associated with bullying , the consequences, and how to seek help. They watched a number of public figures speak out on their experiences with bullying. The full article on the Big (Virtual) Anti-Bullying Assembly can be read here. 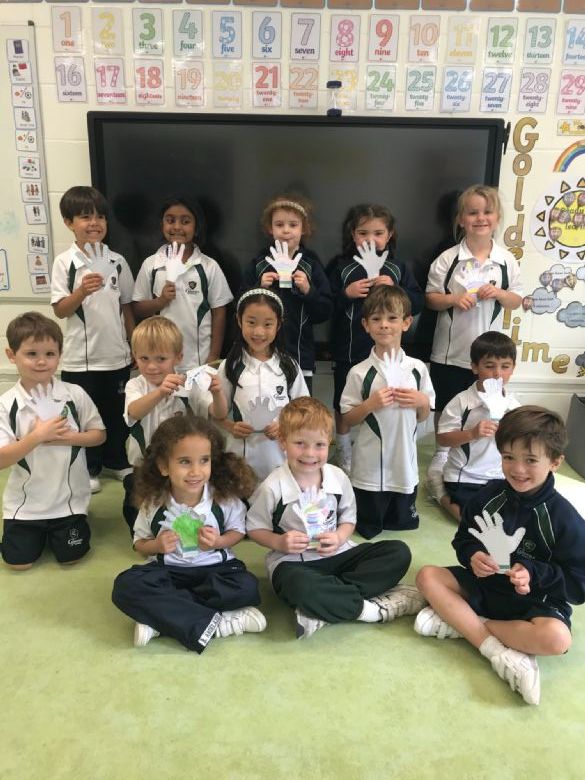 Lead Up to Anti-Bullying Week

The teachers and children have been preparing for Anti-Bullying Week since their return to school after their half term break in October.

From the first day back, classrooms were decorated with messages and posters from the Anti-Bullying Campaign. This week focused on familiarising the children with the campaign and its message, opening discussion topics, and encouraging pupils to speak openly and honestly on serious matters.

As part of PSHE lessons in that week, the children took part in a presentation on the theme 'United Against Bullying'. In addition to their 'puzzle-piece' activity on the topic, they discussed the following questions: What is uniqueness? What is diversity? What has been raised in the media recently? What can we learn from this? How can we be united to make positive changes? Discussing such thought-provoking questions had the children thinking about their identity and impact on the world around them, as well as using empathy to step into another's shoes (with Empathy being one of our Themes of the Week to further bolster this idea).

In celebration of individuality and uniqueness, the children were asked to wear odd socks on Monday 16th November. The children prepared for this by bringing in a sock from home and using their creativity in Art and DT lessons to decorate it into a bold, fabulous item of clothing. 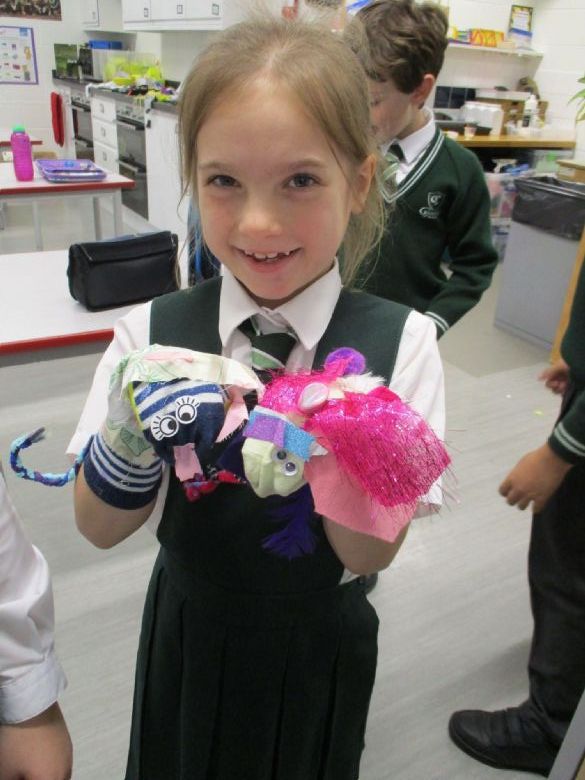 At the start of Anti-Bullying week, donning their newly embellished garments, an ‘Odd Socks’ Assembly was held during form time on Monday 16th November. Seeing all of the children (and some of the teachers!) wearing unconventional socks highlighted uniqueness, diversity and creativity.

In their forms, the children have been creating artistic displays around the theme ‘United Against Bullying’; Year 5 have been drawing paper-chains of different types of people, to highlight diversity amongst themselves whilst promoting togetherness, as the figures line up hand in hand. Year 4 have been drawing self-portraits, showing their own unique styles, appearance and personalities, to be displayed together in their classroom to proudly highlight the strength in their diversity. 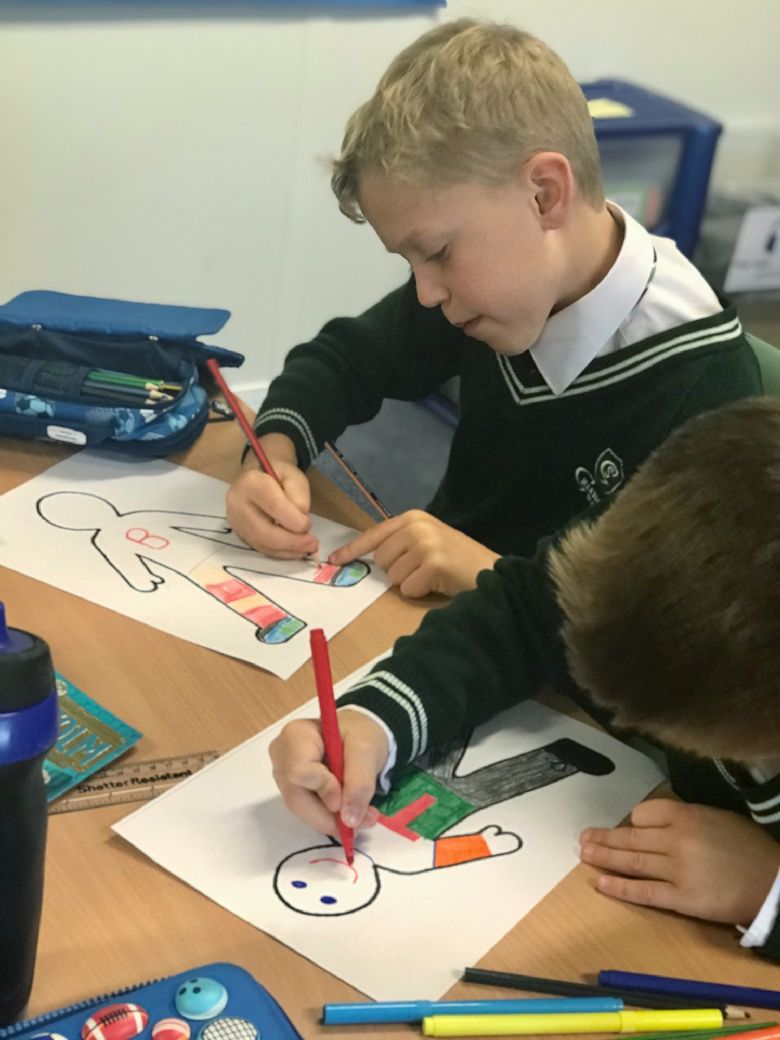 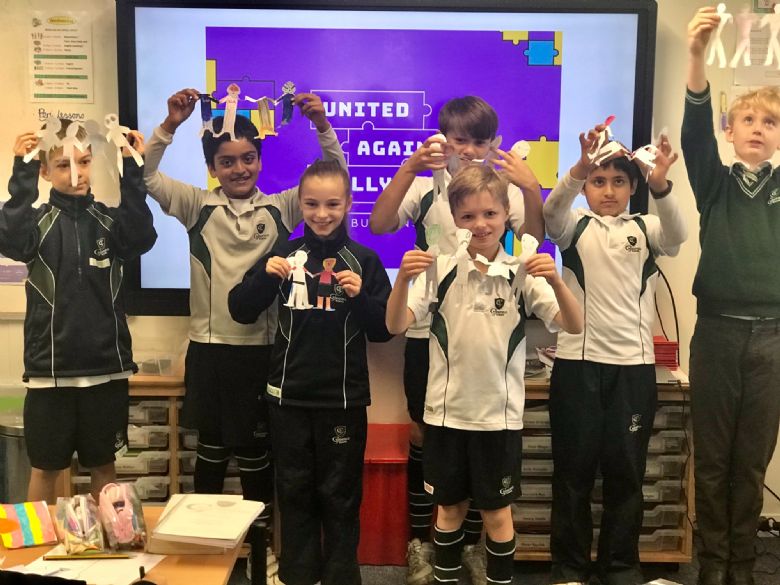 The rest of the week saw a myriad of exciting activities and performances around the theme.

Year 2 classes formed groups and wrote short verses about what we can do to be United Against Bullying. Then, they chanted their short song with percussive instruments to the rest of the class. 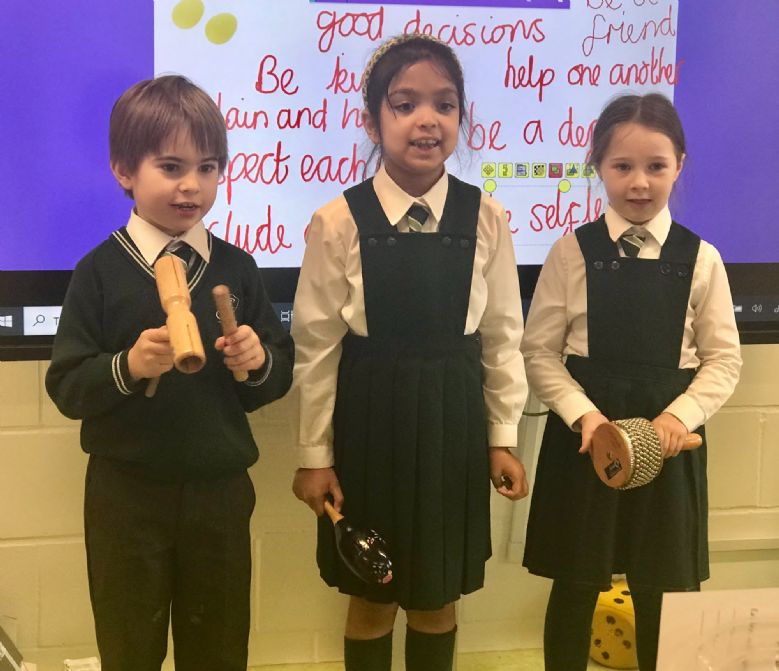 During their PSHE lessons this week, the children drew upon the discussions they had been having over the past few weeks with their peers to write a few lines on how they thought bullying should be stopped and what to do if you are being bullied. 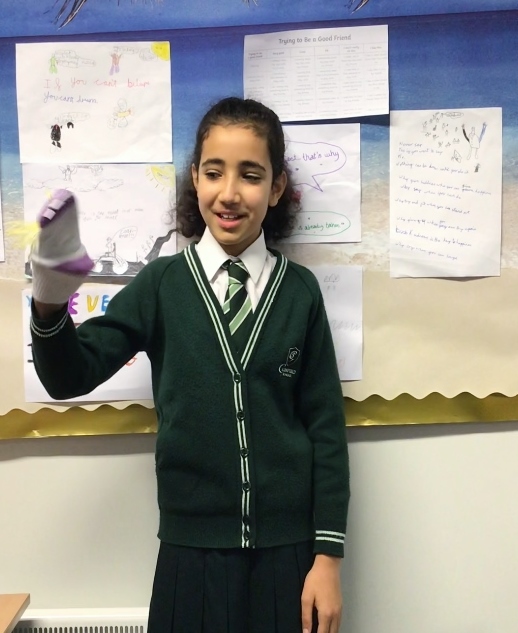 Additionally, short performances were written in English lessons;  with their performances used to demonstrate what bullying is, how to get help and most importantly how we can be united to prevent bullying.

Our school ethos, which is embedded in every pupil’s education, aims to ensure that acceptance, inclusivity and understanding are at the core of each child’s experience. Using their creativity and initiative in lessons such as Art, English, PSHE, Music and Drama, this week the children worked with their peers to celebrate diversity, embrace their difference, and understand the vital role of kindness and support.