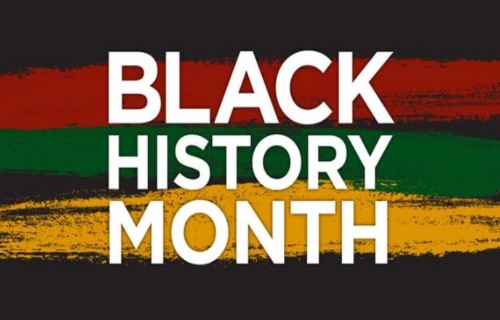 Greenfield pupils celebrate Black History Month and learn about some of the influential people who have helped to shape our world today.

October is Black History Month. This began as an annual celebration of achievements by African Americans and is a time for recognising the central role of black people in history. Although originally a celebration in the United States, black history month is now recognised and celebrated all over the world and at Greenfield we want to celebrate too.

As well as learning about the influential work of leaders and change-bringers of the past, Black History Month also brings an opportunity for us to reflect on the climate today for black and ethnic minority individuals and recognise those who are pushing forwards in a positive way and being fantastic role models to our children.

In her (virtual) assembly, Mrs Botting started by reminding the children of things they have said when asked what they like about Greenfield. A common response to this question is: “there is something for everyone”. Due to the varied curriculum and exciting lessons, every child will find something for them at Greenfield and there is no “one size fits all” approach. We value diversity and appreciate that no two children are the same.

Another thing the children say they like about Greenfield is: “there are so many different types of people”. Greenfield is special because there is a huge range of people with different races, religions, languages, colours, interests, skills, shapes and sizes. We are very proud at Greenfield to welcome children from all over the world, and we love to celebrate different cultures. We are pleased that at Greenfield there are over 30 languages spoken, and many families where the parents were not educated in the UK themselves. Each family at Greenfield brings their own background, culture, gifts and talents to make up our wonderful school community.

As a school we are proud to champion diversity and continually look for ways in which we can be better at this. We welcome the opportunity that events like Black History Month present to enable us to learn and grow together as a community.

In her assembly, Mrs Botting spoke about some incredible black people in history including Rosa Parkes, Martin Luther King and Nelson Mandela. These people are known and celebrated as not only did they instigate change in their countries for black people, but they also helped to make life better for all people across the world by being the catalysts for richness of diversity to filter into different societies.

The children also learnt about the incredible Mae Jemison, an American engineer, physician and astronaut. She completed degrees in chemical engineering, African and American studies and medicine before working as a doctor for the Peace Corps in Liberia and Sierra Leone, aged only 27. She then applied to NASA and was the first black woman to travel into space in 1992 before founding a technology research company and forming a non-profit educational foundation.

The children then moved in to think about black people in Britain who are fantastic role models and have helped to make history. One of these people is Margaret Busby who became Britain’s youngest and first black female publisher. She opened a publishing company in 1960s which helped to make the names of black writers well known, although did not solely publish the work of black people.

Another influential woman is Malorie Blackman, the British author who held the position of Children’s Laureate from 2013-2015. This is awarded to a writer or illustrator of children's books to celebrate outstanding achievement in their field and she was the first black person to take this role. Malorie Blackman is hugely talented at writing for children of different ages as well as tackling social and ethical issues through her fiction books.

Leaving the field of literature, Mrs Botting also spoke about Idris Elba, a successful actor, writer, producer, rapper, singer, songwriter and DJ! In 2016 he was named as one of the top 100 most influential people in the world.

After thinking about these incredibly influential black people throughout history, the children were reminded that we continue to champion and celebrate achievements in the present day as well. Mrs Botting challenged the children to think of black people who they view as good role models and there were quite a range in the responses: Stevie Wonder, Kylian Mbappé, Marcus Rashford, Mary Seacole, Michelle and Barack Obama, Mako Vunipola, Will Smith, Jofra Archer, Lewis Hamilton, Chadwick Boseman, Eliud Kipchoge, Tina Turner, Mo Farah, LeBron James, Vin Diesel and Kevin Hart!

This list of talented athletes, politicians, singers, comedians, actors, nurses and race car drivers is evidence in itself that there are no two children the same at Greenfield and they all have different aspirations and role models. We are so proud of each of our children and their achievements irrespective of their colour, and we are determined to press forward for increased diversity and equality in Woking, the UK and the wider world.