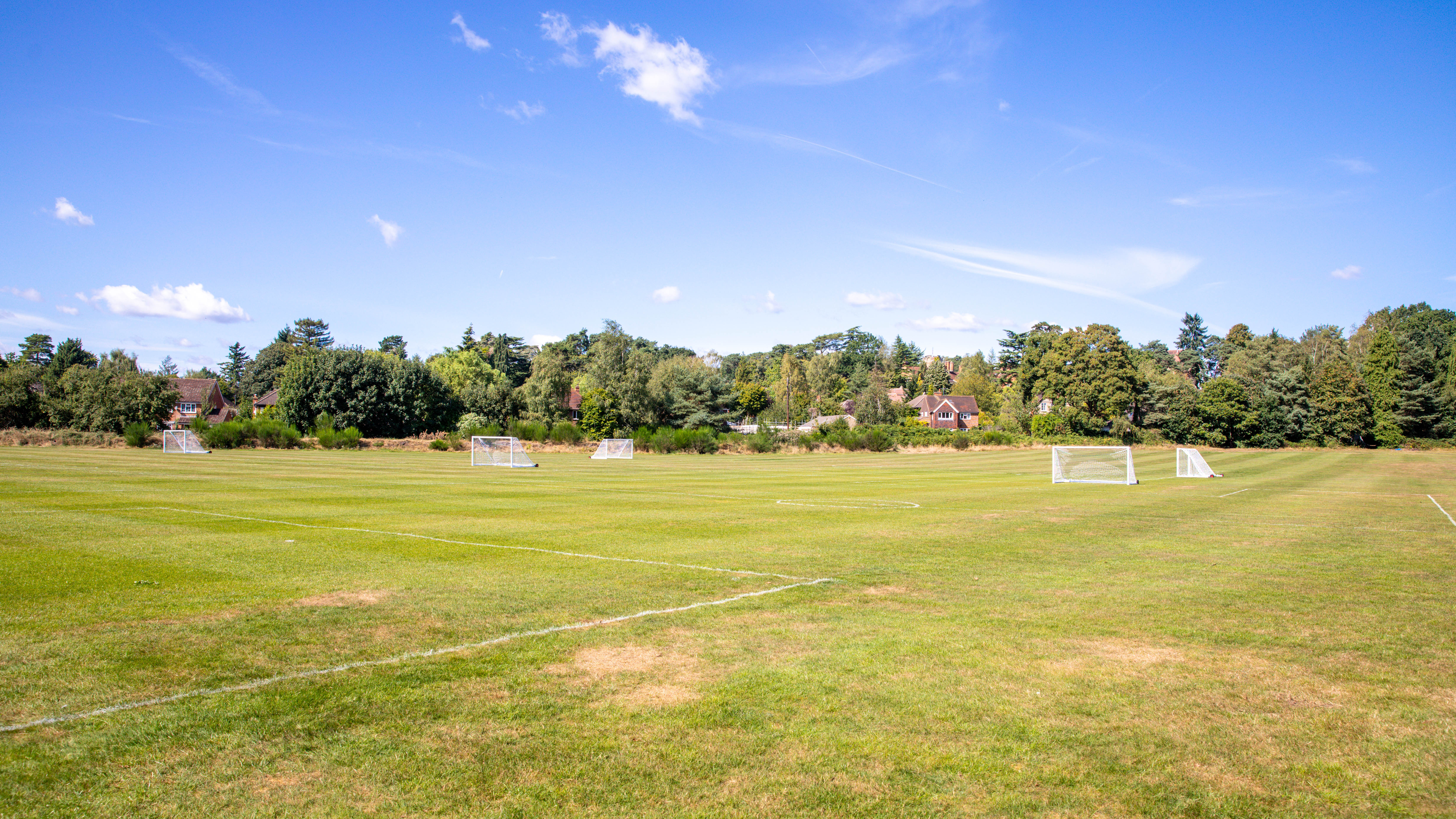 A History of Change...

Greenfield School was established in 1935 and began life as a co-educational junior school. Records show that the site had been used as a school since 1922, but the name “Greenfield School” wasn’t introduced until Mrs Alys Wilkinson took over c.1935.

After Alys’ death in 1946, her husband took over the running of the school. But by 1948 the school was far from thriving after a devastating fire had broken out in the loft space. There are very few records that survive from this period, and we assume that many of them may have been destroyed in the fire. 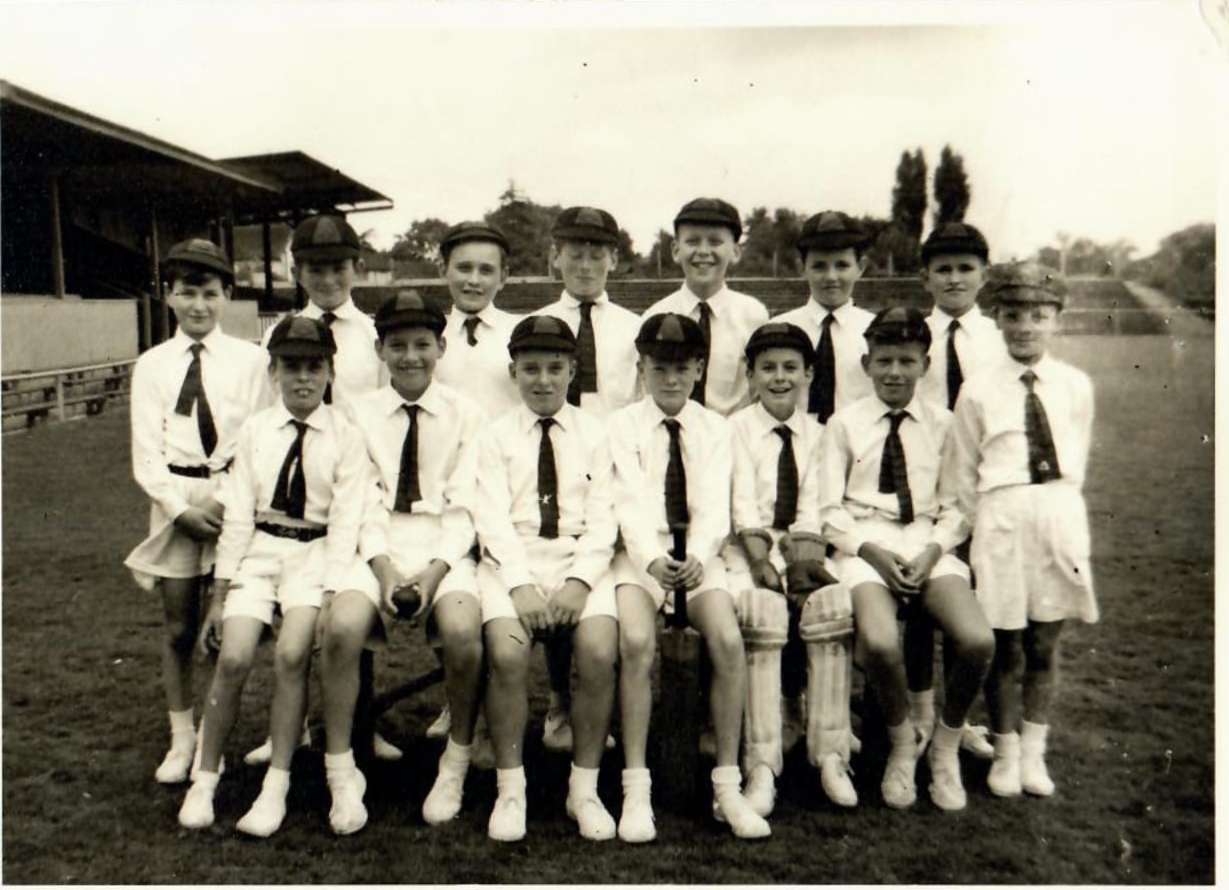 During the Second World War, Miss Hilda Ruth Hicks, who had trained as a teacher in Bristol, was teaching and working as Deputy Head at the Woking Girls’ Grammar School on Old Woking Road. In 1939, Miss Hicks purchased a house on Brooklyn Road in Woking, known as Beechlands. Her cousin, Miss Dorothy Joyce Pearce, taught at Mitcham County Girls’ School before returning to live in Woking. 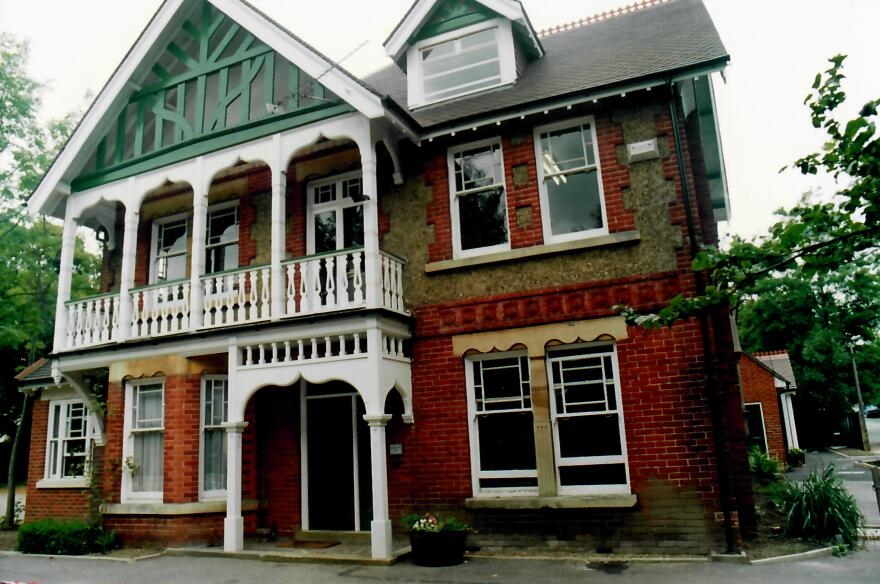 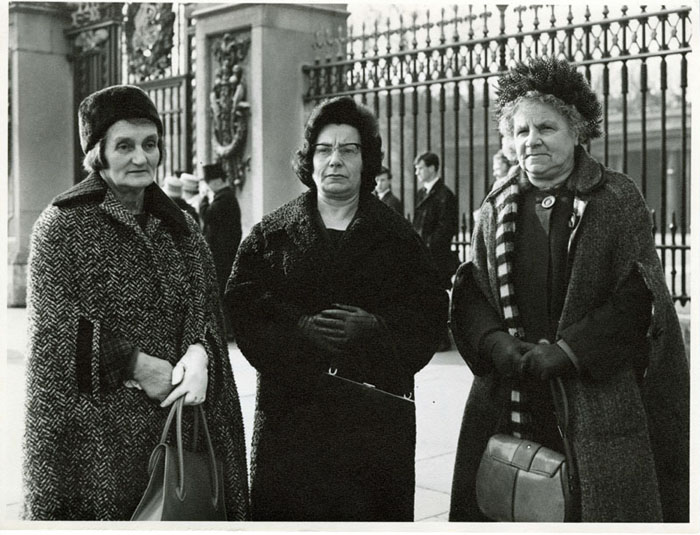 In 1948, Mr Wilkinson sold the equipment and goodwill of Greenfield School to Miss Hicks and Miss Pearce, and they rented the property the school occupied from the estate of Miss Pearce’s grandfather, Henry Quartermaine.

In 1954, they opened a girls’ senior school in Miss Hick’s house on Brooklyn Road as an addition to Greenfield Junior School. Also in 1954, Miss Hicks and Miss Pearce, along with their friend, Margaret Dixon, set up the Ockenden Venture; a charity dedicated to assisting children and young people displaced by war and to provide them with an education. Many of the children who came to Woking as part of the Ockenden Venture were educated at Greenfield School. 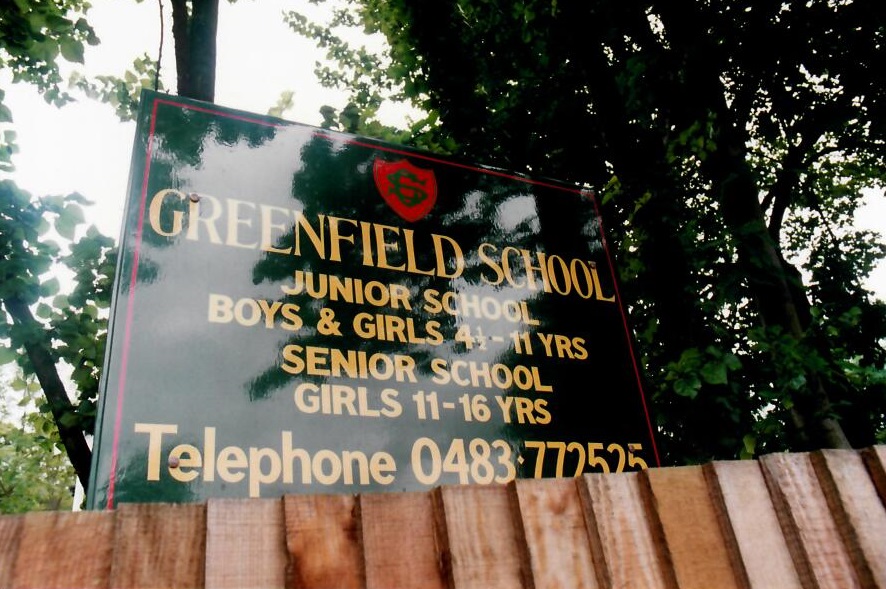 Ruth Hicks was Principal of Greenfield School from 1948 to 1982. She passed away in 1987 and the school, which was by this time a charitable trust, continued to operate as a co-educational junior school on Constitution Hill, and a girls’ senior school on Brooklyn Road, for the next 5 years.

Joyce Pearce passed away in 1985 and, in recognition of a lifetime of charitable work, a Service of Thanksgiving took place at Westminster Abbey on 18th September the same year. The choir at the service included Greenfield School pupils.

Between 1982 and 1989, Miss Ailsa Moore was Headmistress of Greenfield School. Ailsa had met Joyce Pearce when she had invited Joyce to speak about her work with the Ockenden Venture at a school assembly. Joyce persuaded Ailsa to move to Woking and take on the Headship at Greenfield, so that Ruth Hicks could take a step back. In 1989, Ailsa left Greenfield to assume the role of Director of the Ockenden Venture.

Greenfield continued to be led by women; first Mrs Jenny Becker and later Mrs Janis Radcliffe in the role of Headmistress and Mrs Linda Richardson, who began her tenure as Bursar in 1989 and continued in the role for 28 years.

In 1992, the difficult decision was made to close the girls’ senior school. With so many schools on larger sites attracting both boys and girls further afield, the decision was made to close the senior school and move the junior school to Brooklyn Road. Both Ockenden House and the school site on Constitution Hill have since been sold and replaced with more modern housing, but the name Ockenden lives on in the road names of the properties built on the land. 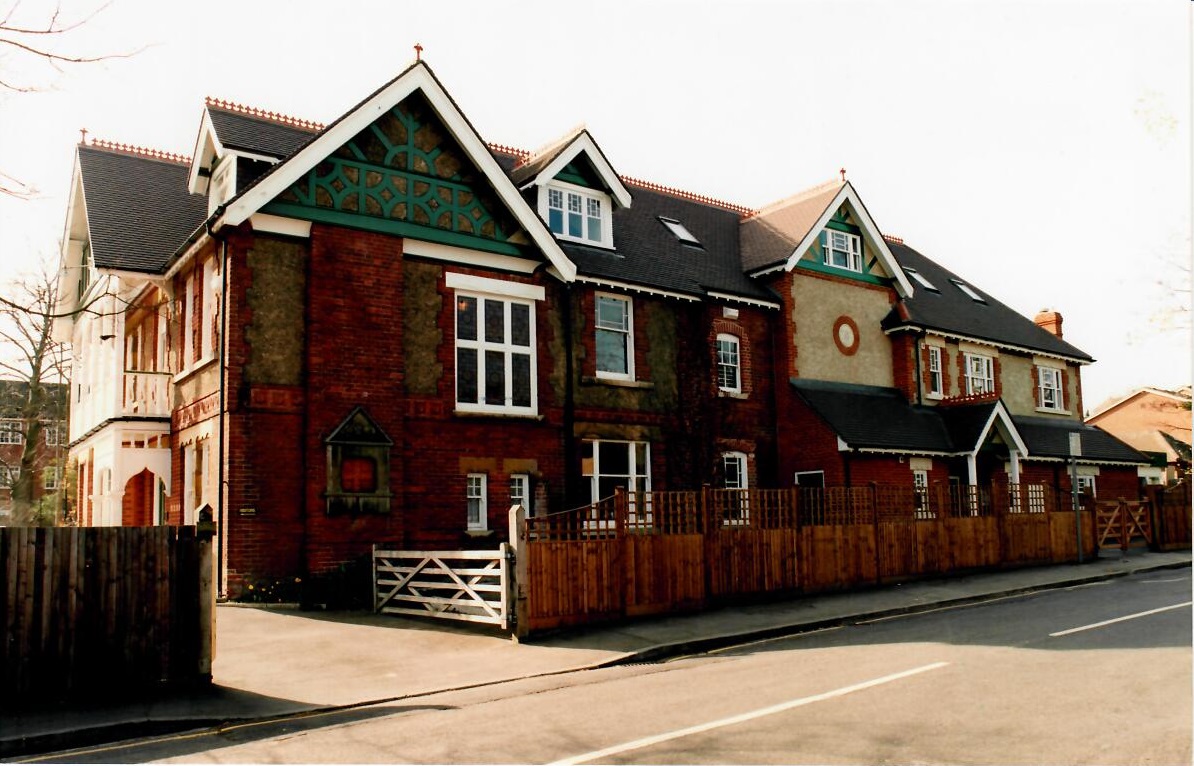 Between 1992 and 2010, Greenfield School continued to operate as a one-form entry preparatory school on Brooklyn Road. The nurturing and caring ethos remained, and the school continued to welcome children from all walks of life, embracing diversity in all its forms. In September 2010, Mrs Tania Botting was appointed as Headmistress and continues to this day.

Many changes were made to the Brooklyn Road site over the years, including new classrooms, music rooms and many reconfigurations to the internal layout. Investment in the curriculum, timetable and staffing ensured that the children at Greenfield were receiving the very best education available. After nine years, Mrs Botting had taken Greenfield from strength to strength. 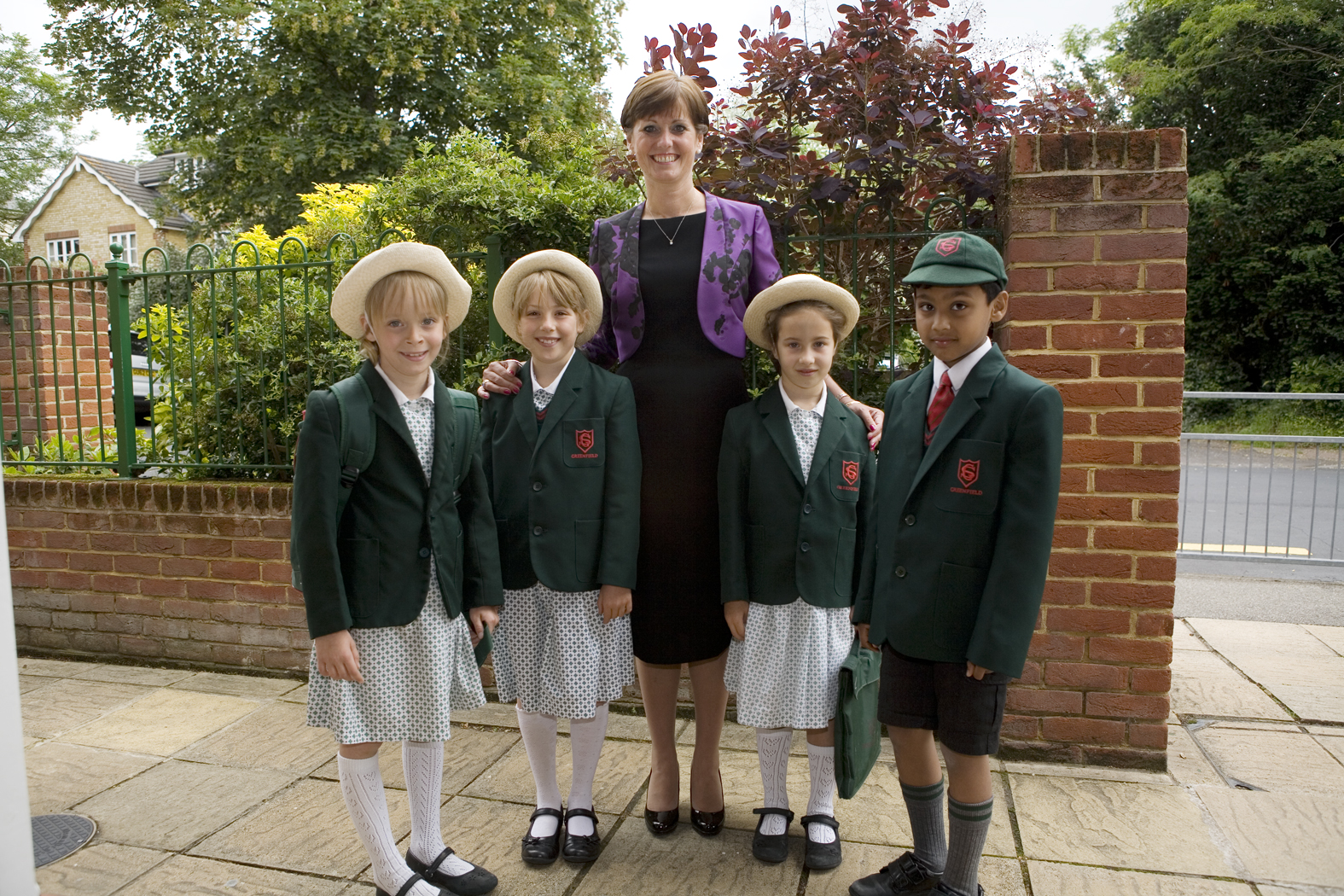 The school was operating at capacity and it had become increasingly evident that the school needed more space than was available on its current site.

After 27 happy years at Brooklyn Road, the opportunity arose for the school to move to a much larger site on Old Woking Road. This generous plot of land hand long been home to schools and lent itself perfectly to Greenfield with its welcoming school building, fabulous forest schools and plenty of scope for development.  In September 2019, the school opened its doors in its new home and started another new chapter as a two-form entry school.

Life at Old Woking Road seemed too good to be true! The children and parents who came across from Brooklyn Road were delighted with all the space on offer and the security of the familiar staff and leadership meant that the new buildings felt like home in no time at all. Classes filled up fast and work on a new nursery were well underway when the pandemic hit and forced all schools to close their doors. But the Greenfield community was undeterred and, with the continued support of the parent body, the school was able to deliver their very special education via online lessons for the entirety of the enforced lockdown.

It was due to this unwavering support that the school was able to move ahead with plans to develop the new school site and, in January 2021, Greenfield Little School opened its doors. This 50 week annual provision offers a Greenfield education to children from 6 months upwards and gives our families a one-drop solution to childcare and education. 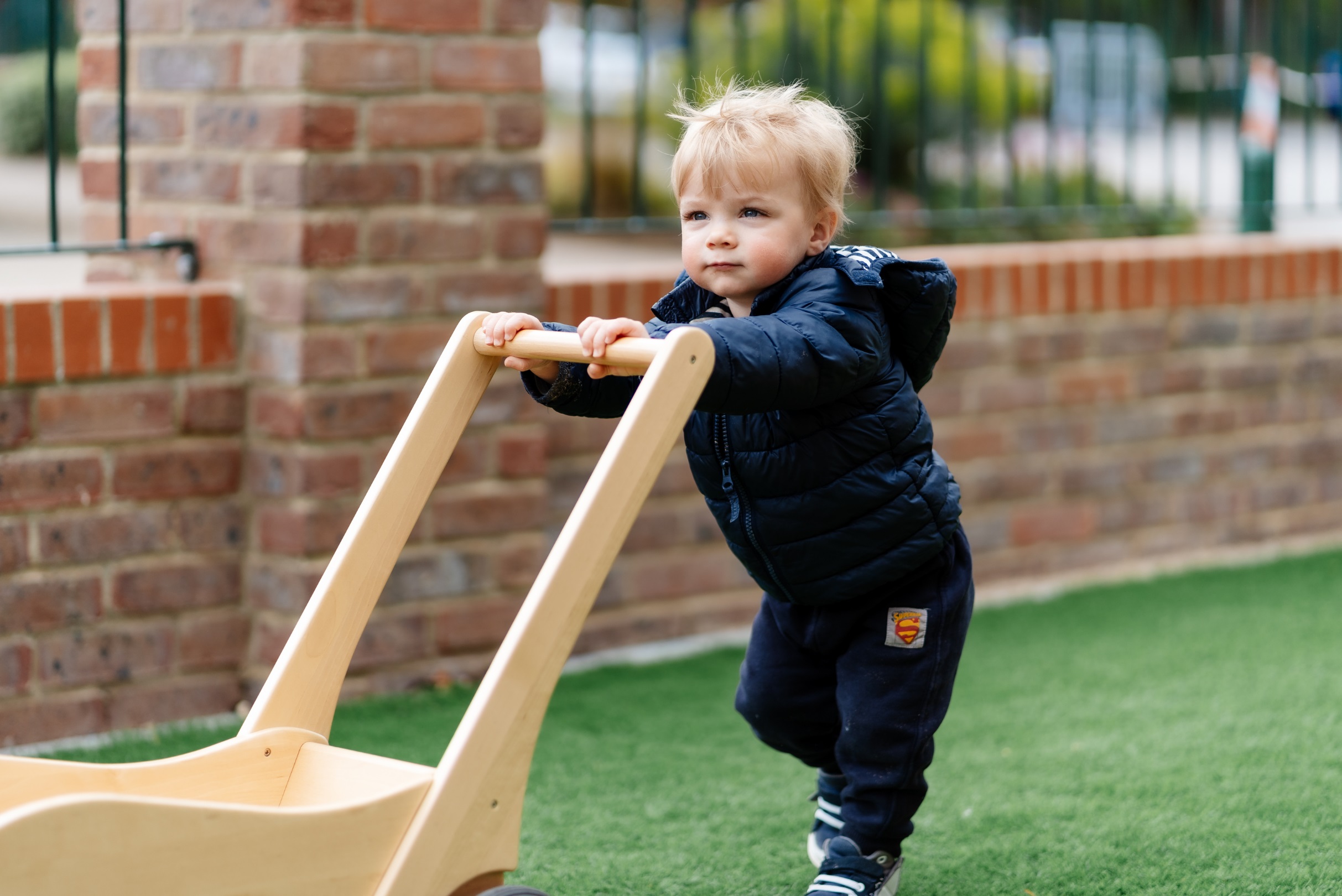 Work on the larger school development began in March 2021 and has given the children their 'daily digger fix' as they watch the building take shape. The new extension will include a 3 court sports hall, extra classrooms, a spacious dining room and some specialist facilities for music, drama and technology. In addition, the grounds will be developed to include netball courts and a full size MUGA. Due for completion in Spring 2022, this extra space will give our children greater opportunities to discover and develop their passions. 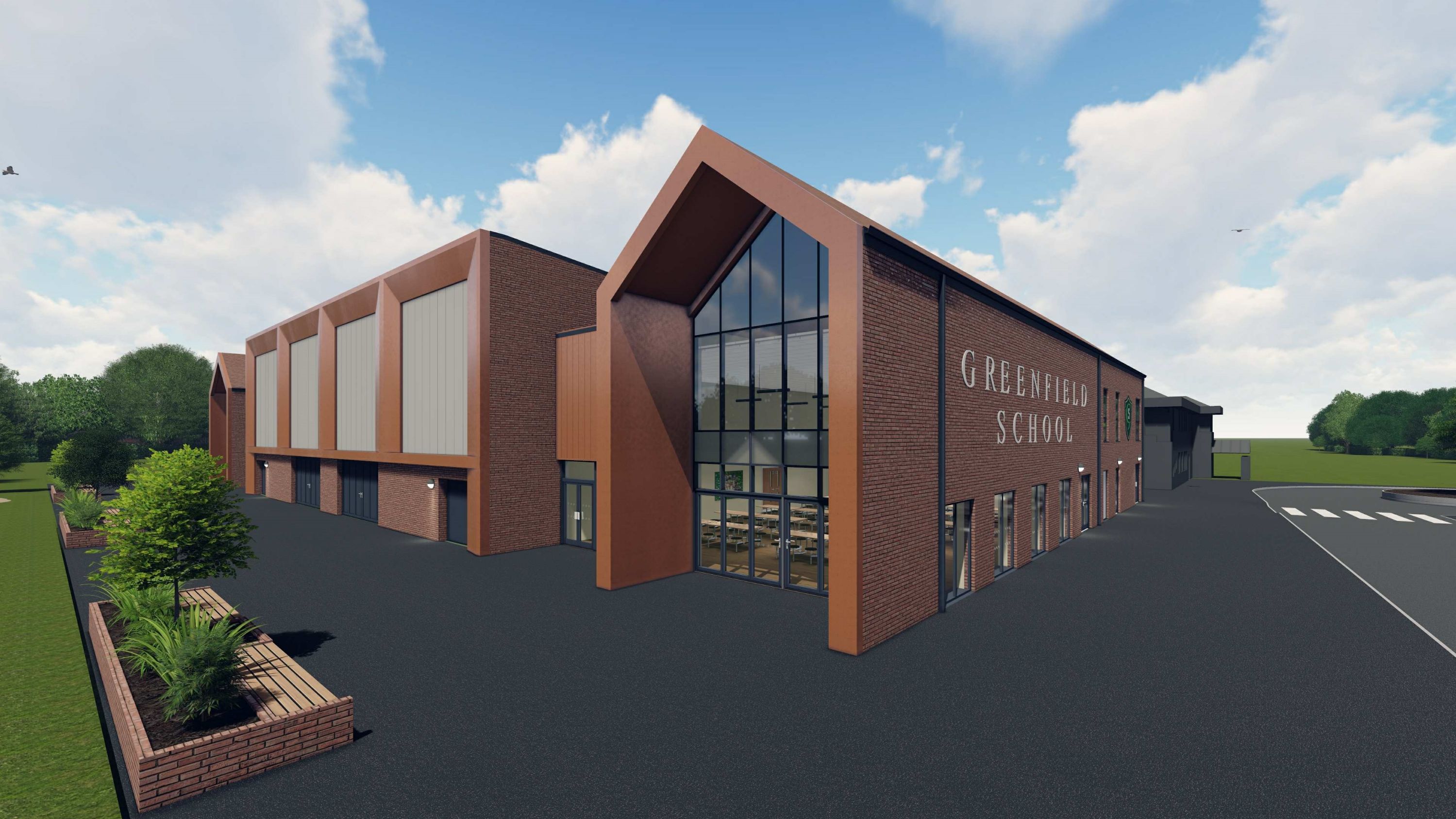 We firmly believe that it is the people that make a school feel like home and not the building it exists within, and we will ensure that wherever Greenfield exists, now or in the future, feels like home to all those who enter. By a strange twist of fate however, the school’s new home on Old Woking Road brings us back to the beginning of Miss Hick’s teaching career in Woking; the site which was once the Woking Girls’ Grammar School where she was Deputy Head. 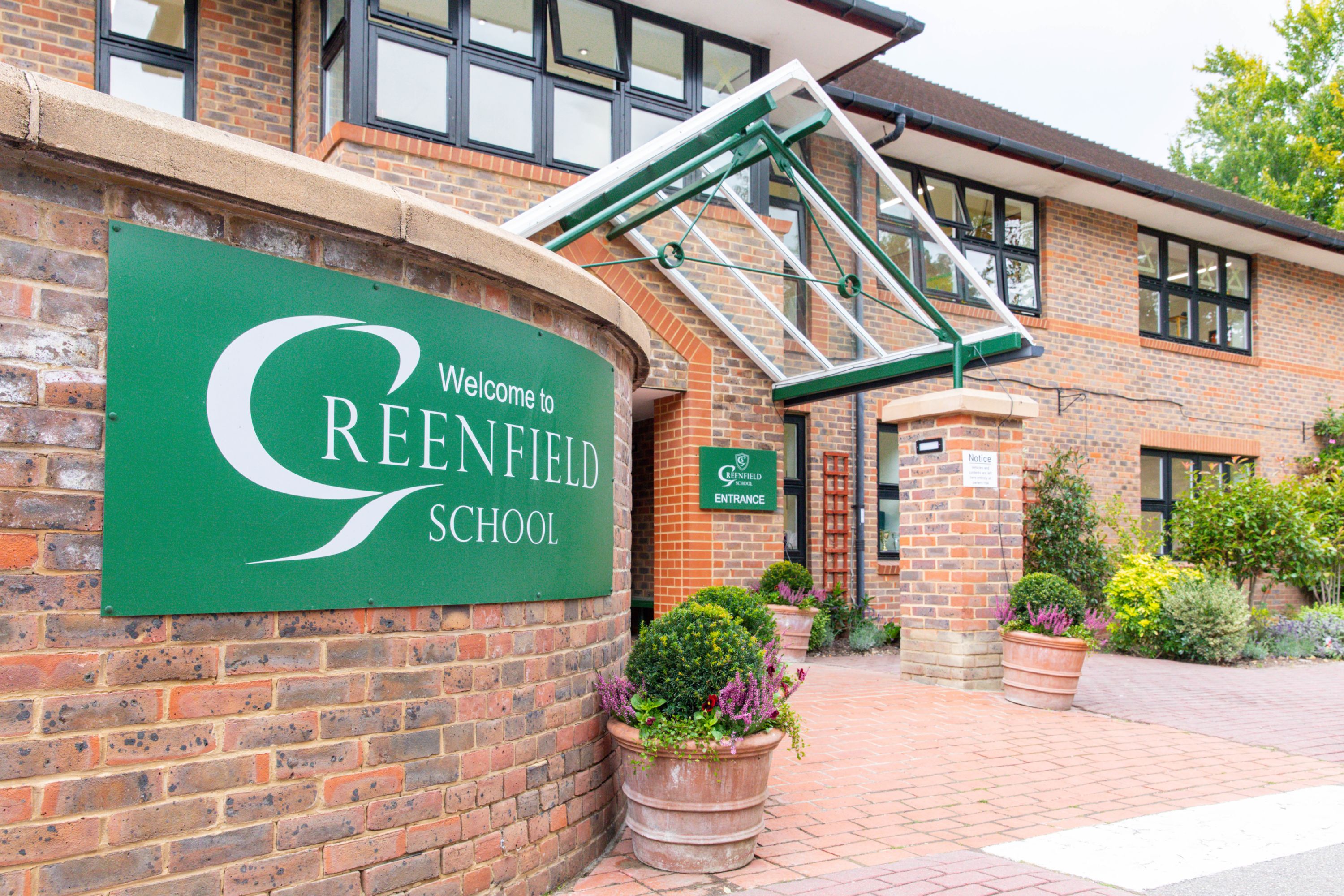 In April 2022, we opened the doors to our new building and our children and staff quickly expanded into their new spacious facilities. With dedicated spaces for performance, music recitals, sports games and more, we have been able to deliver our educational provision in an enriched setting. With outdoor playing space on the way, our journey continues, and we look forward to sharing our facilities with the wider Greenfield community. 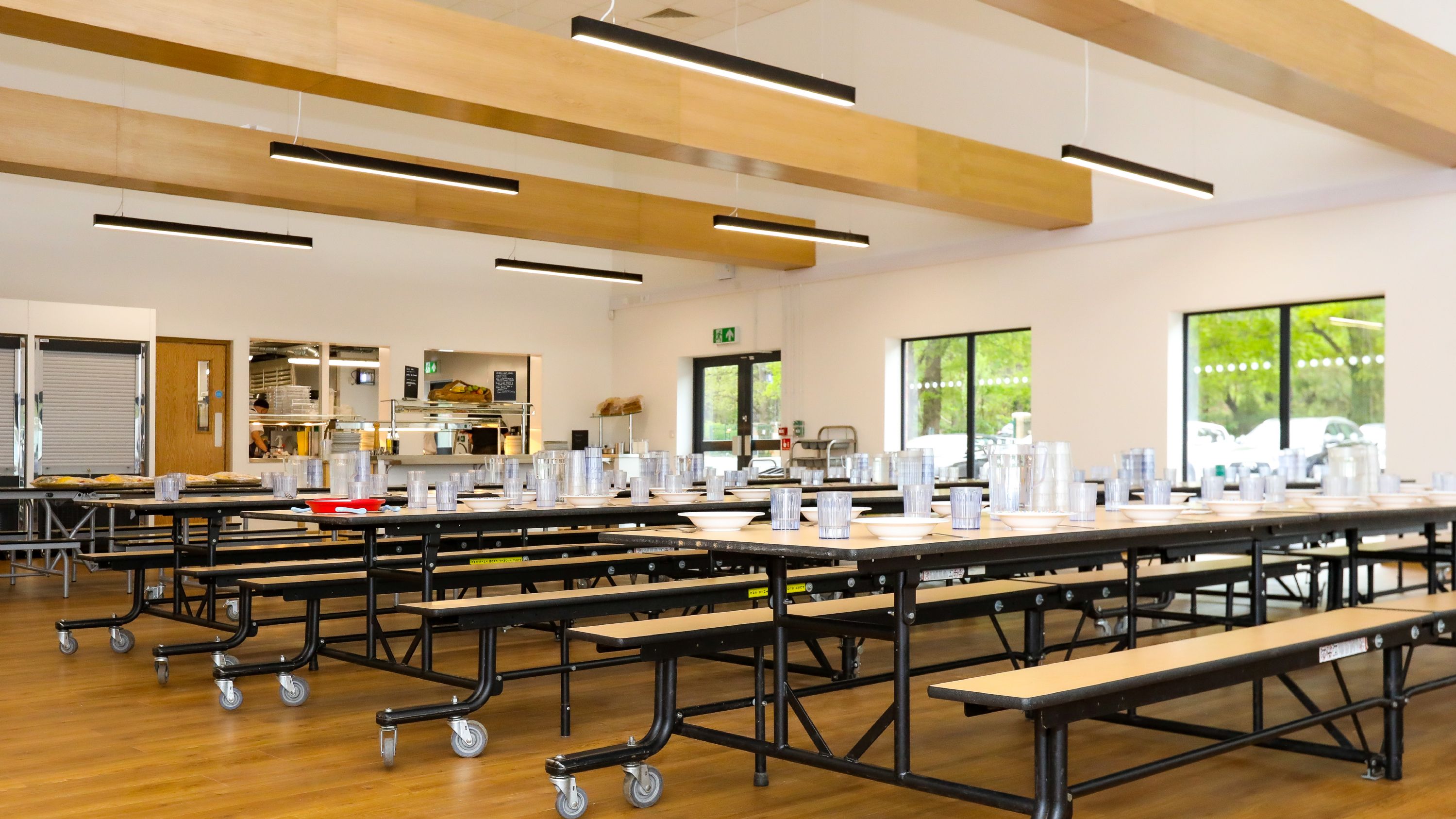 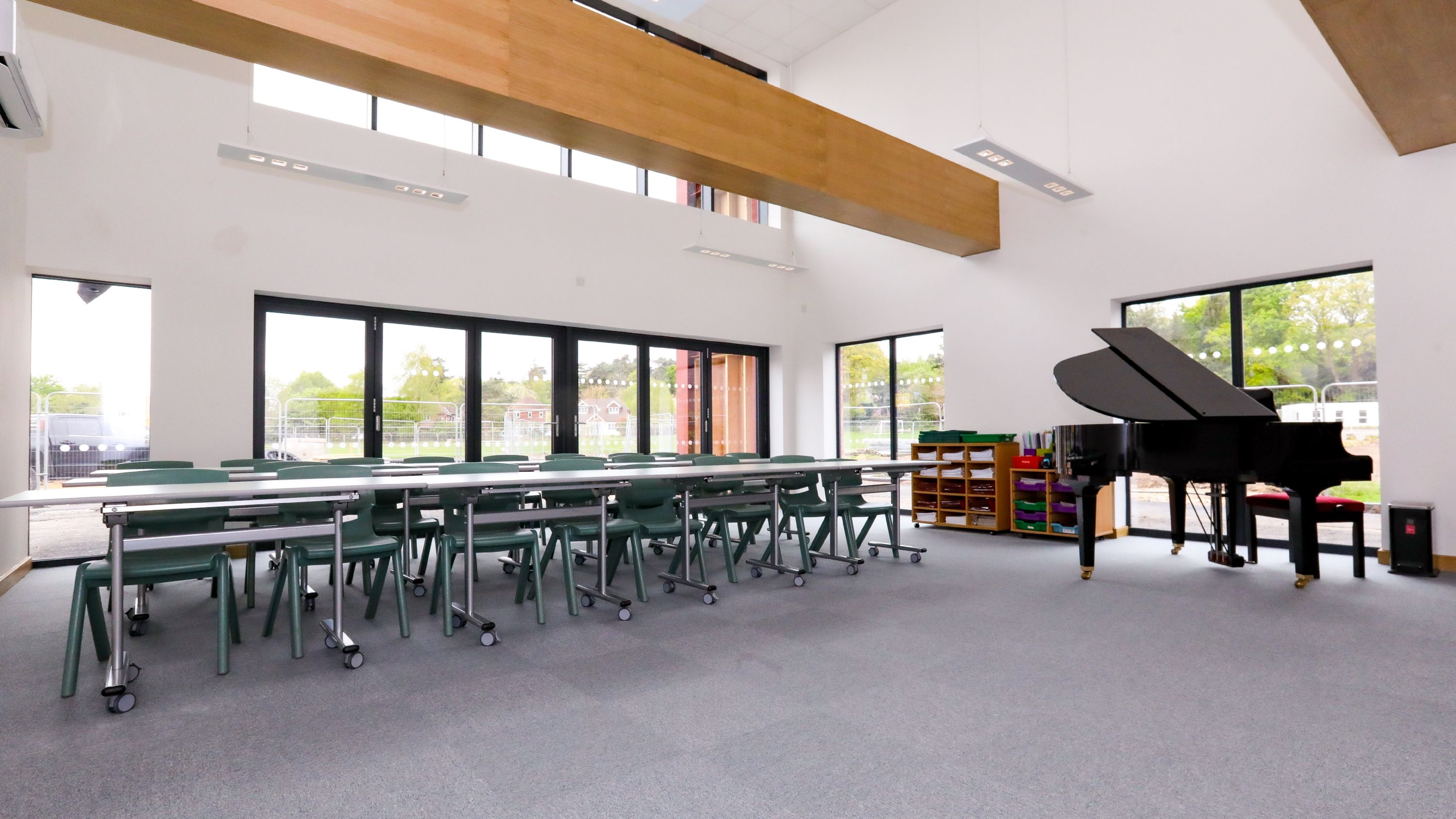 In June 2022, we were thrilled to learn that Greenfield had been chosen as the Independent Prep School of the Year at the TES Awards 2022. We are incredibly proud and humbled that the work we do has been recognised in this way, and are more excited than ever for what is yet to come. 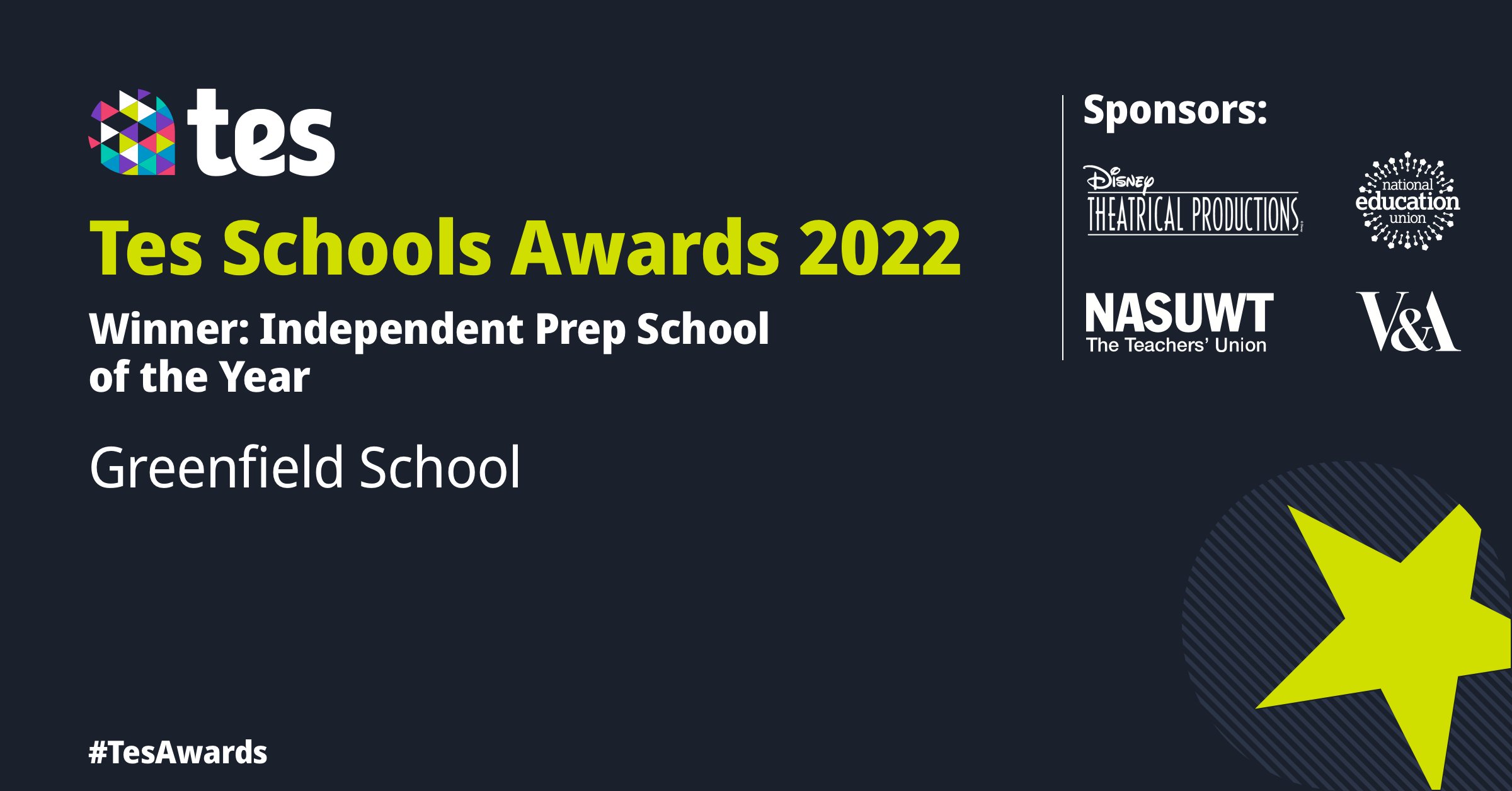 Our Journey to Prep School of the Year

The last time we travelled to the TES Awards the trains were cancelled due to snowfall. Admittedly that was February 2019, but the journey to the TES Awards 2022 could not have been more different – and we don’t just mean the weather.

Our Journey to Prep School of the Year
View Story

Greenfield has endured many challenges in its long lifetime, but this continued history of change reassures us that fresh opportunity is not to be feared but should be embraced; ensuring that Greenfield School may continue to provide an outstanding education in Woking for another 85 years, or more. 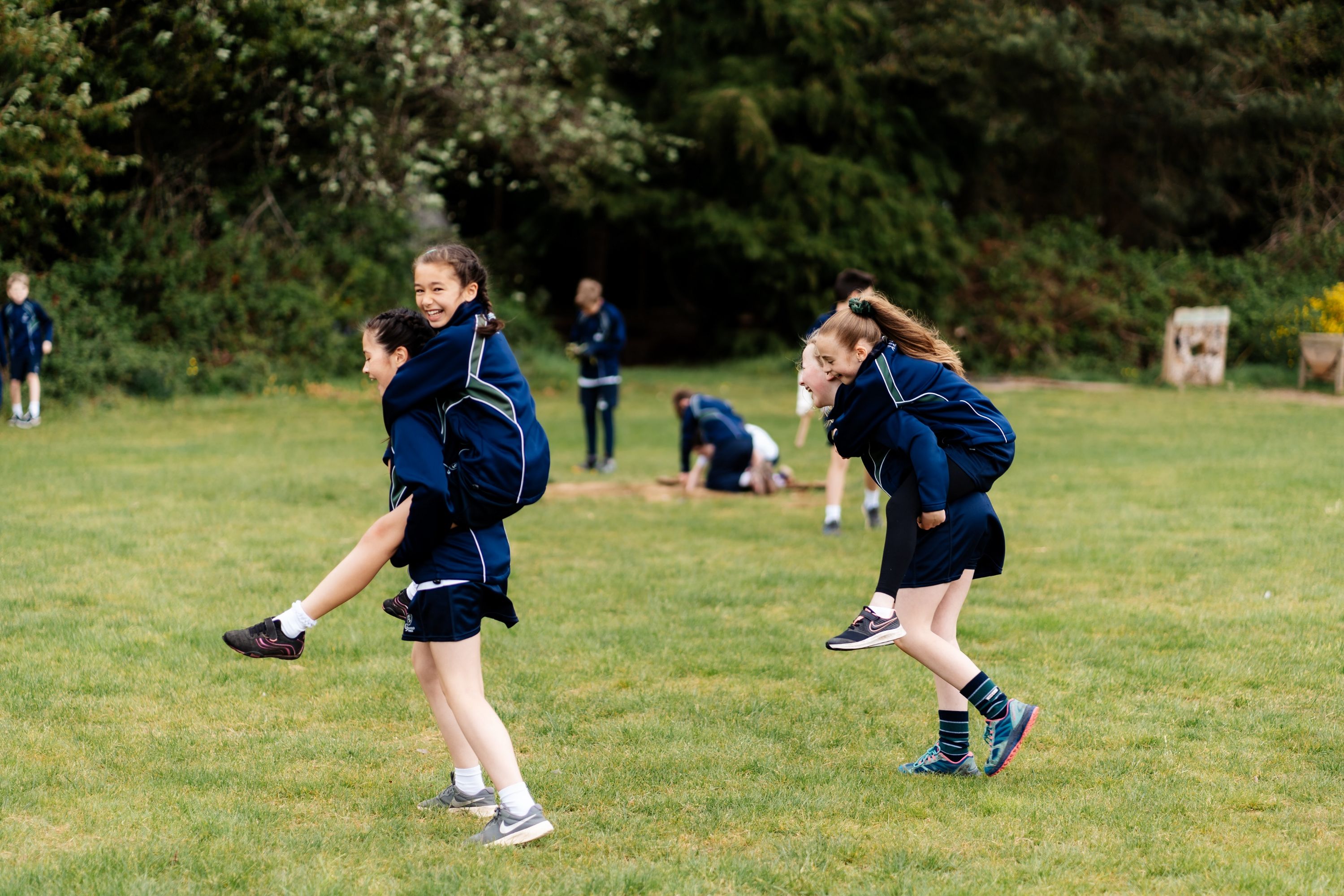 Greenfield has been awarded the Prep School of the Year Award 2022! 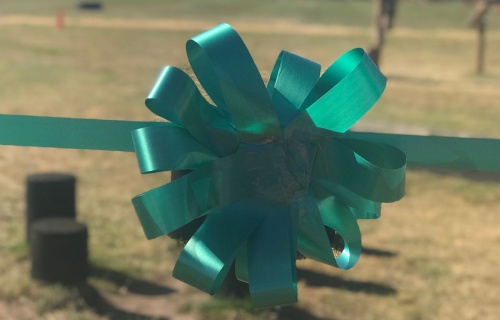 The Greenfield community was sorry to learn of the passing of a former Headmistress of Greenfield School, Ailsa Moore, in early October.