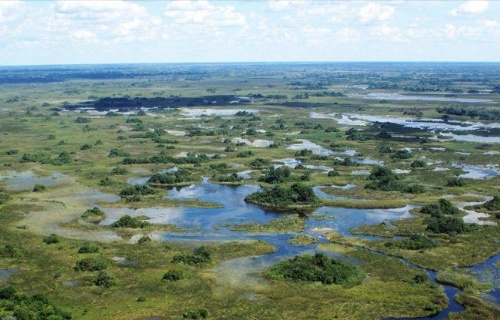 Learning Enrichment teacher, Ms Veale, explores the importance of preserving language, and how Greenfield pupils are participating in a quest to save the language of Khoekhoe.

It is said that when a language dies, it is like a museum that burns to the ground.

The loss of a language is not limited to the loss of its words.  Each language embodies a unique culture, developed over centuries of history and tradition, which if lost, leaves not only its speakers, but the world poorer. Traditions, memory, irreplaceable ways of thinking and expression — valuable resources for ensuring a better future — are also lost.

In 1999, to raise awareness of the 2500 languages that are in danger of becoming extinct, UNESCO proclaimed 21st February as International Mother Language Day. The day celebrates linguistic and cultural diversity and is part of a broader United Nations initiative “to promote the preservation and protection of all languages used by peoples of the world”. The 2020 theme is ‘Languages without Borders’.

This year, pupils were fortunate to have the help of Denver Toroxa Breda (Tor), a First Nation Khoekhoe language writer and cultural kuwiri or activist, in learning the amazing clicks which feature in all the Khoe languages.  Our pupils learnt to count to three in Khoekhoe and practised the beautiful clicks, which Mr Breda so poetically describes as “turning your mouth into an orchestra”.

Many of South Africa’s most lyrical and evocative place names are Khoekhoe in origin, such as Outeniqua, Tsitsikamma and Knysna, but sadly, very few people know that the first name for Cape Town was Hui!Gaeb, which means “where the cloud gathers” or that Table Mountain was first known as Huri Voaga — “where the sea rises”.  Khoekhoe is still spoken in Namibia and the Northern Cape of South Africa, but along with all Khoe languages, is increasingly under threat of becoming extinct.

This is especially tragic as the latest scientific research on the origins of humankind points to Southern Africa; with the homeland of the Khoe and San people at its centre.  An international team of researchers combined the disciplines of genetics, geology and climate physics, and reached the conclusion that the birthplace of modern humans is the Makgadigadi Salt Pans and the Okavango Delta in modern day Botswana.

The team, led by Vanessa Hayes of the Garvan Institute of Medical Research in Sydney, Australia, gathered more than 1200 mitochondrial DNA samples from the Khoe and San people and used this to establish when ancient populations split.  Based on where the oldest variants are found today, they argue that our species’ homeland was what was then a vast wetland; the Makgadikgadi-Okavango. The oldest lineage emerged about 200,000 years ago, which they interpret as the origin of our species.

Humans thrived in this area for 70 000 years until changes in Africa’s climate around 110 000 and 130 000 years ago, triggered two waves of human migration, one south and one north, starting the development of humankind’s genetic, ethnic, cultural and linguistic diversity.

This exciting research leads me to imagine that all languages today developed out of the languages spoken in the Makgadigadi-Okovango wetland; the Khoe and San languages. How thrilling that Greenfield pupils had the opportunity to learn about one of these languages; Khoekhoe.

Sadly, the First Nation Khoe children do not have this same opportunity.  Despite 25 years of democracy and having 11 official languages, South Africa is yet to recognise a single Khoe language as official, despite these being the country’s first languages, spoken by its first inhabitants. Today Tor tirelessly campaigns for the recognition and reclamation of the first languages of South Africa.  He would like people all around the world to become Gambassadors — a combination of ‘ambassadors’ and Gam, which means lion in Khoekhoe.

In the summer term of 2020, Greenfield children are invited to become the UK’s very first Gambassadors by joining the Khoekhoe club.  What better way to celebrate International Mother Language Day than by learning, with the help of Tor, to speak this beautiful language; one of all of humankind’s mother languages.