With the New Year well under way, many of our pupils have hit the ground running, achieving great results from inter-school academic competitions.

On Monday 21st January, eight pupils from Greenfield took part in the area heat of the National General Knowledge Quiz. Hosted by St John’s Beaumont Windsor, many local schools took part for a chance to win their place in the semi-final, with hopes to ultimately compete in the final which takes place in London.

The quiz comprised of 40 multiple choice general knowledge questions of ranging difficulty, covering subjects such as history, geography, maths, science, art, music, literacy, culture and current affairs. For each question, team members conferred and then used personal wireless handsets to select their answers. The show was projected to a huge screen with instant on screen scoring making it thrilling entertainment, very much like a television gameshow!

Greenfield teams came in 1st and 3rd place, meaning the winning team (Huw, Holly, Rory and Marco) progresses to the semi-final. They were awarded a plaque, which is being proudly displayed in reception, and individual badges and certificates to mark their achievement. 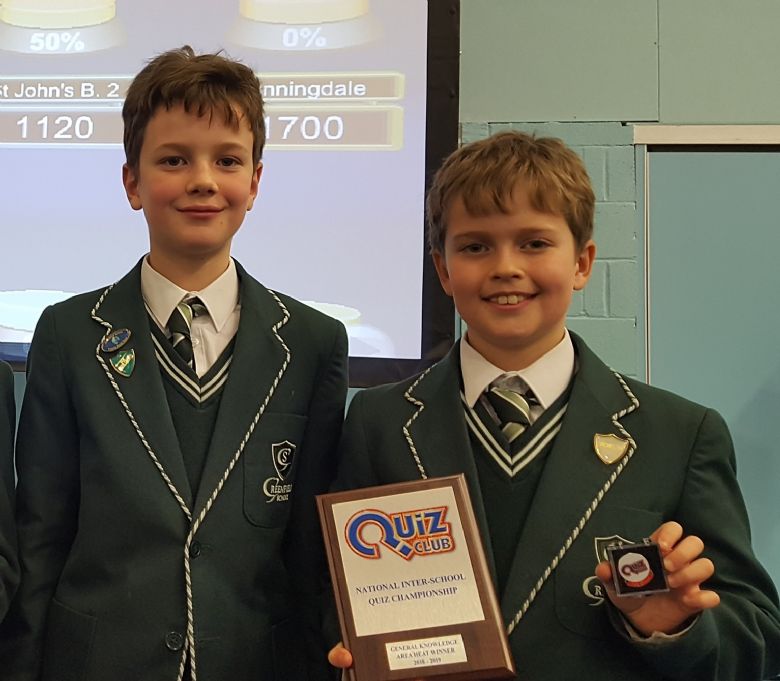 From one quiz success to another, on Tuesday 22nd January, four pupils took part in a Year 6 Maths Challenge, hosted by Eagle House School in Sandhurst.

With over 168 mathematicians from 41 schools, the competition was fierce and there were some very tough questions. The Greenfield teams displayed great maths skills and came out with fantastic results. Team one, comprising of Holly Drury and Joseph Valentin came 16th, whilst team two comprising of Samuel Baldwin and Adhit Gupta came 2nd overall.