New Headmaster (for the day) 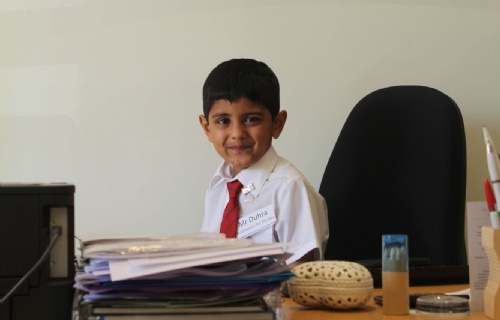 Mr Duhra (Year 1) takes over the running of Greenfield School for one day only!

Tuesday 13th September was not an average day at Greenfield School, as the children were to discover when they arrived that morning. The children lined up, as they always do, ready to be greeted by Mrs Botting. But as each child neared the front of the queue they discovered that Mrs Botting had been replaced by a new Headmaster and his name was Mr Duhra!

Mr Duhra, previously of Year 1, assumed the role of Headmaster and performed all of Mrs Botting's duties for the day. After greeting all the children as they arrived at school Mr Duhra supervised hymn practice in the hall before heading back to the Head's office for a quick photo op!  Next on the agenda was a tour of the school to ensure that there was plenty of learning going on in every class and then it was off to supervise snack time and perform a break duty.

The duties of the Headmaster did not end there. After break duty there were important meetings to be held with the Deputy and Assistant Head and even the Bursar! Mr Duhra was satisfied with the planned works for October half term and said he would allow Mr Roads to sign it off.

After a busy morning, Mr Duhra was able to enjoy a relaxing lunch in his office with friend Leo and members of staff, Mrs Belcher and Mrs Sharkey.

All in all, Mr Duhra had a very busy and successful day as Headmaster of Greenfield School. However, he did decide that life in Year 1 was probably more fun. 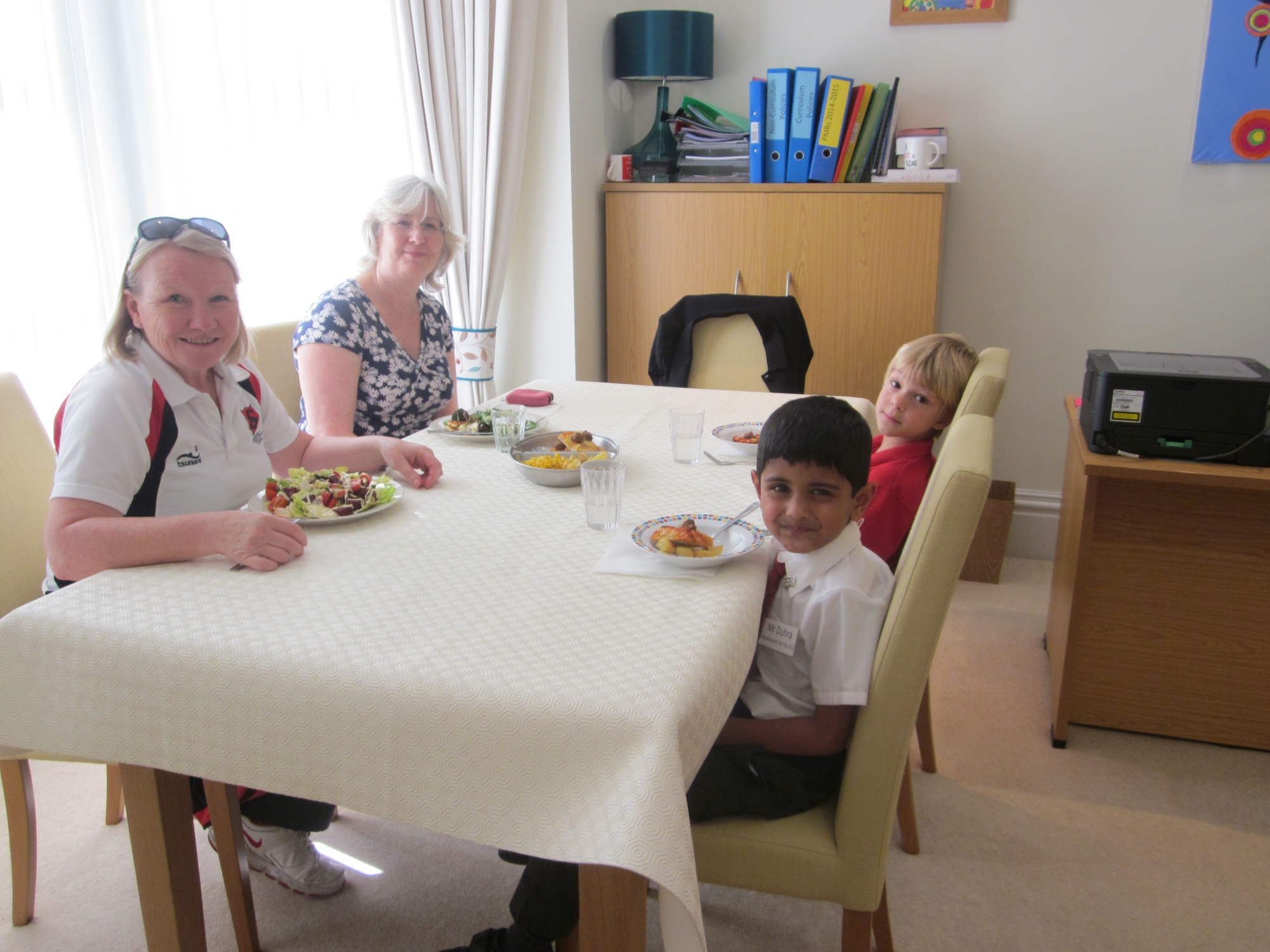