U7 Football Festival on Greenfield's Field! 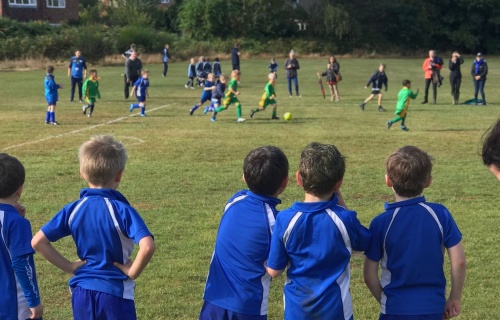 The Greenfield U7 boys and girls enjoyed hosting their first ever Football Festival.

Usually hosted at Woking Leisure Centre or another school, the Football Festivals have become a highlight for many local children. For the first time, Greenfield were able to host a Football Festival onsite on our very own field!

The Football Festivals involve children from several local state and independent schools coming together to play a football tournament, with the aim of having fun, experiencing friendly competition and aiming to win the cup.

On Friday 27th September, over 60 children gathered on the Greenfield pitches to take part in this year's first U7 tournament. We were pleased to welcome 16 teams from 10 different schools including Sythwood Primary, Ripley Court, Brookwood Primary, Hoe Bridge, Goldsworth Primary, Longacre, The Roche School, Lanesborough and St Dunstan's. 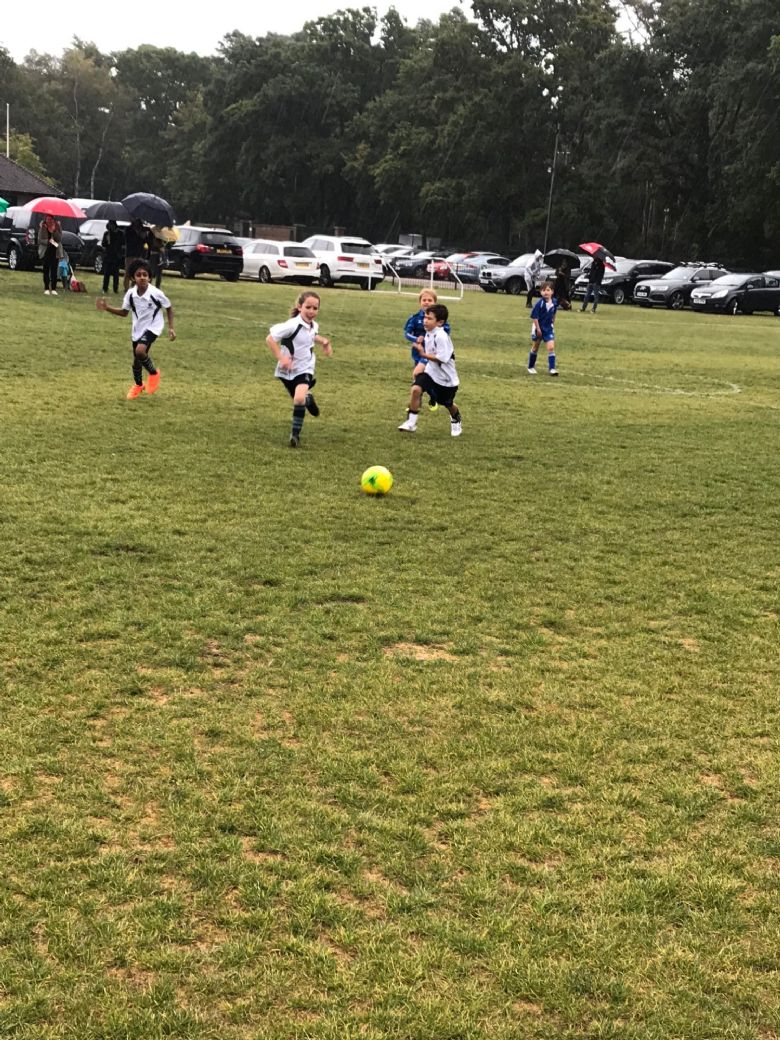 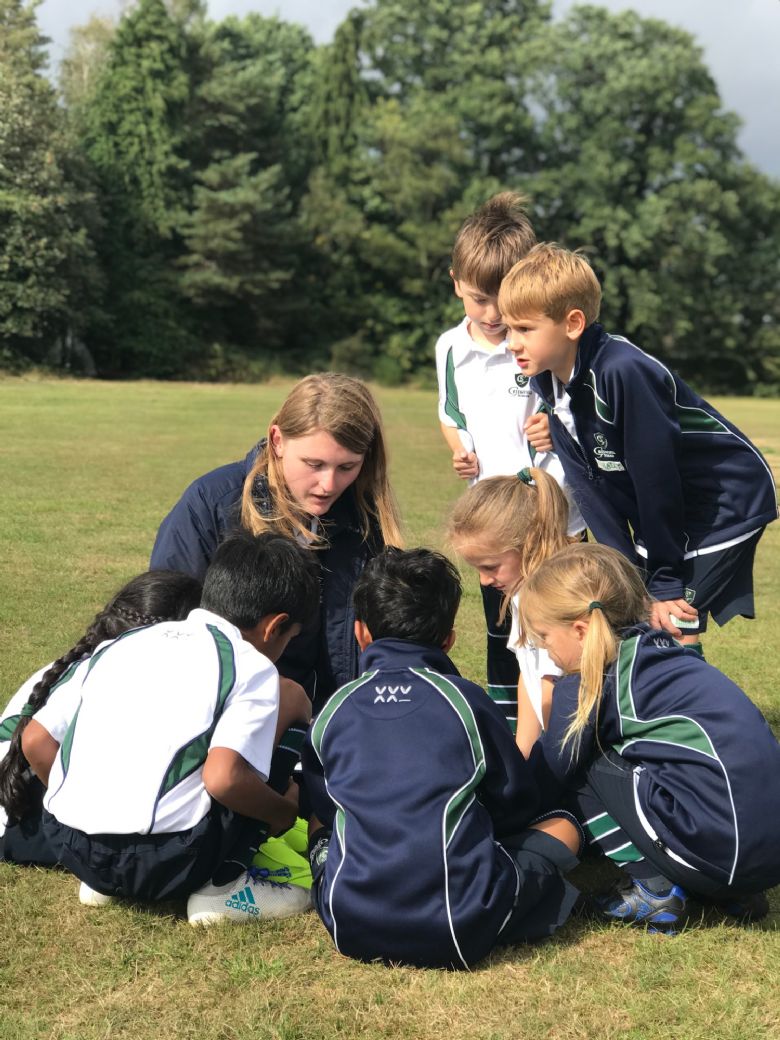 After fears that the afternoon could be called off due to adverse weather conditions, the children soldiered on and enjoyed a great afternoon of football. Each team played several matches, refereed by Year 6 Greenfield pupils. The younger children enjoyed some competitive games of football and the refereeing was a great experience for the older children.

Many dedicated parents turned up with their umbrellas and battled through the first half of the afternoon, cheering on their teams and encouraging all of the players. After a half time escape into the pavillion for shelter, hot drinks and sandwiches, the sky seemed to clear and the sun even made an appearance. The second half of the afternoon went ahead smoothly with the sunshine even helping the children to dry off and warm up. 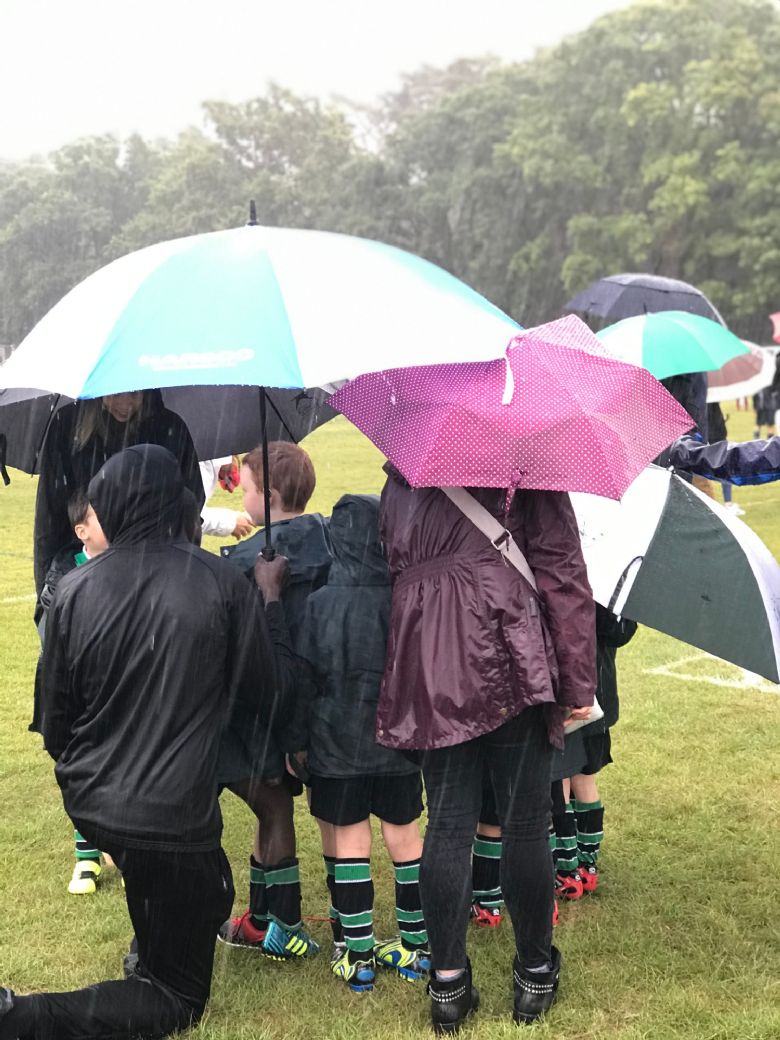 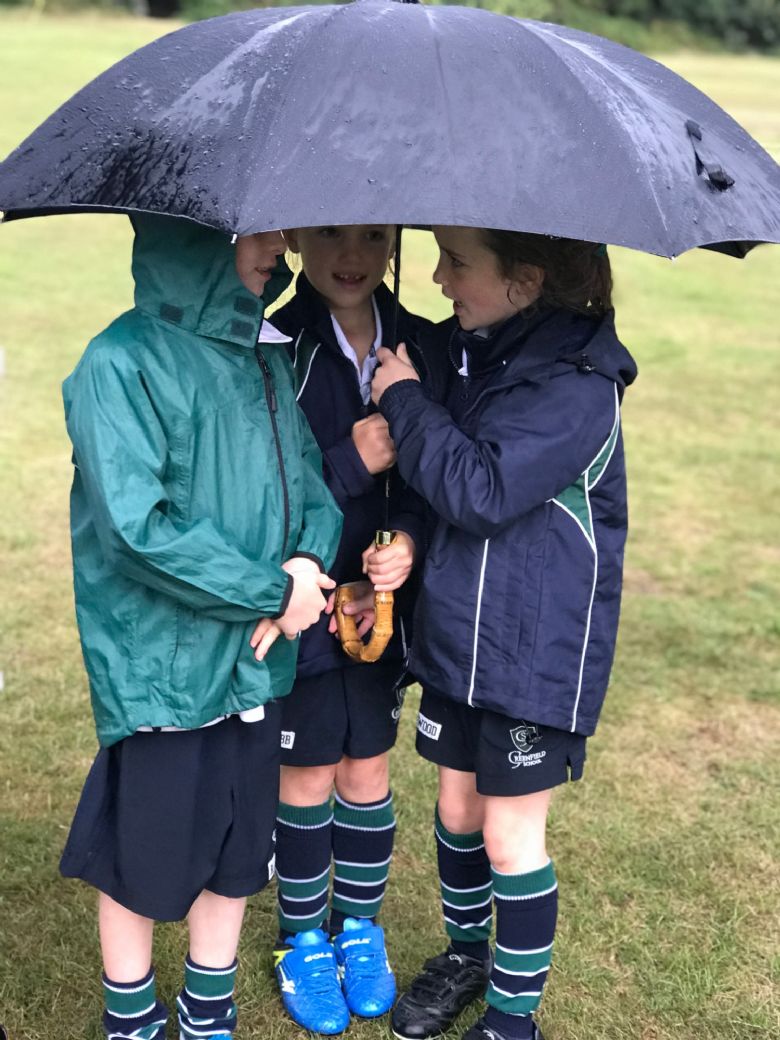 At the end of the afternoon, children, staff and parents gathered for the awards ceremony lead by Greenfield's Head of PE, Angela Haley. Well done to Lanesborough, who were overall winners of the Gold group, with Longacre and Goldsworth Primary winning the Silver and Bronze categories. 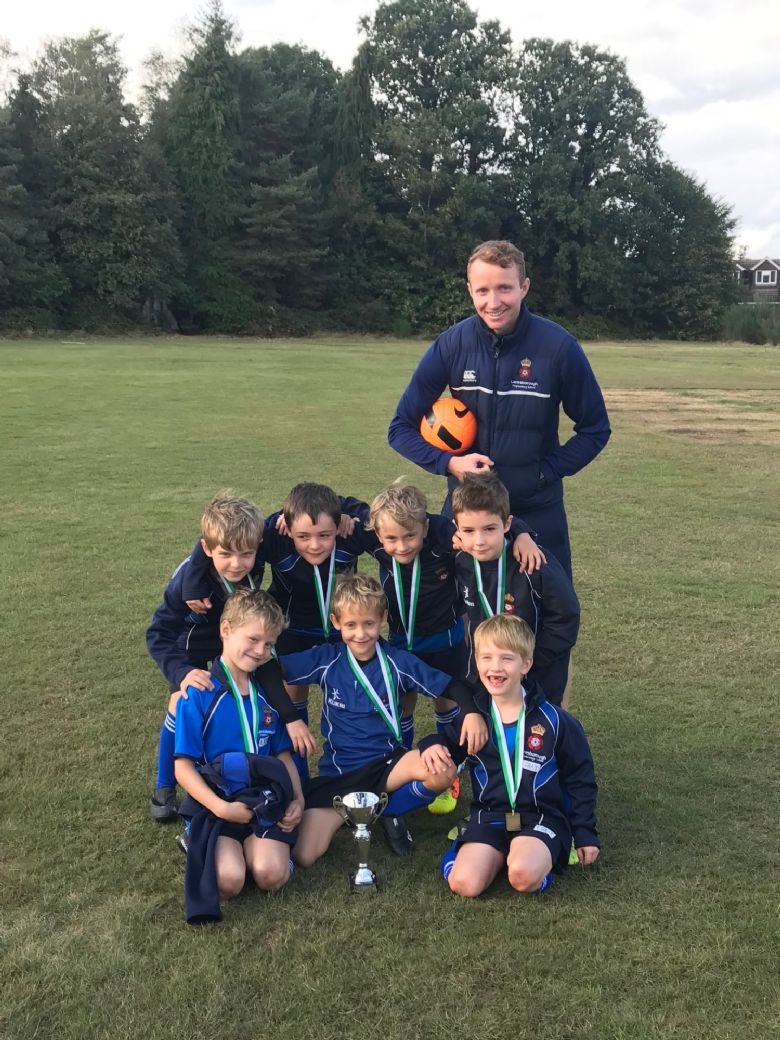 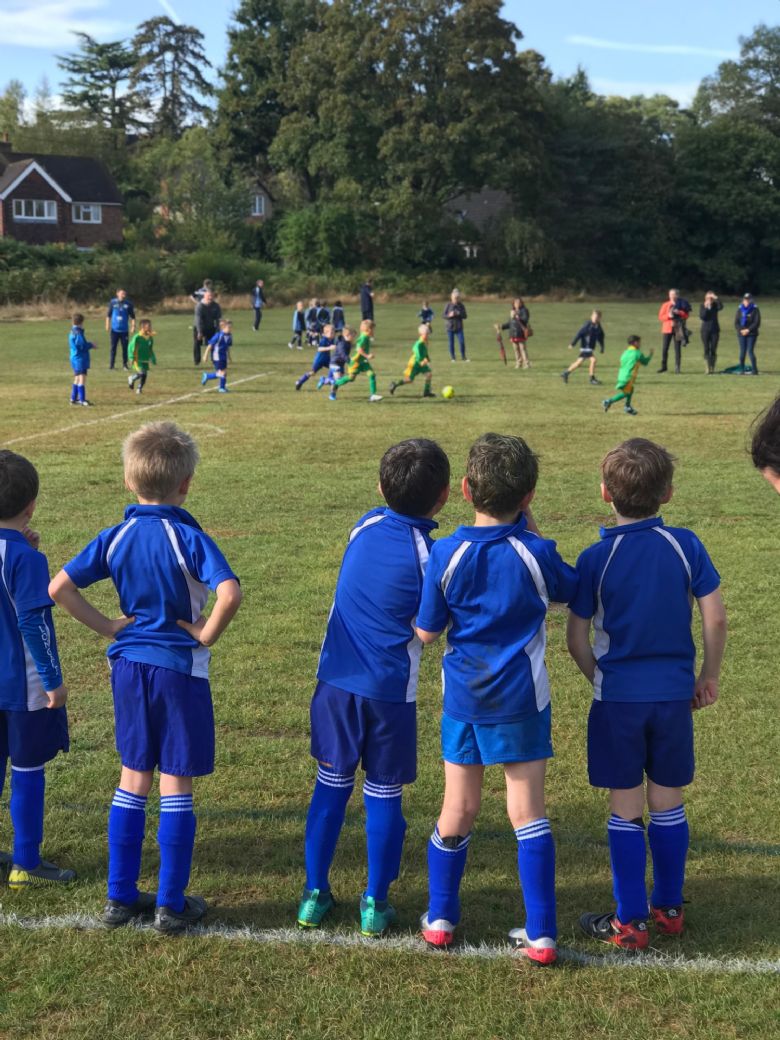 All of the children played well, and there was some excellent sportsmanship, with all players shaking hands with opposing teams at the end of each game. It was a real privilege to host so many people and encourage the children in their sporting ability.

We hope there will be many more sporting activities taking place at Greenfield in the months and years to come.