With the colder weather and changing leaves comes the excitement of Autumn and the fun activities this entails, including pumpkin picking and harvest festivals.

This year children hosted two Harvest Festival assemblies – one for Pre-Prep and one for Upper School, where they brought in items to be donated to Woking Foodbank, performed songs and read poems to spectating parents.

The Harvest Festival takes place every year and is the chance to be thankful for what we have as well as recognising the need of those in our community and further afield. Year 2 children said: “We are lucky to never have felt real hunger [and] we want every child to be able to say the same. That is why we are celebrating today; not only to be thankful for the food we have, but also to be thankful for the opportunity to share it”. 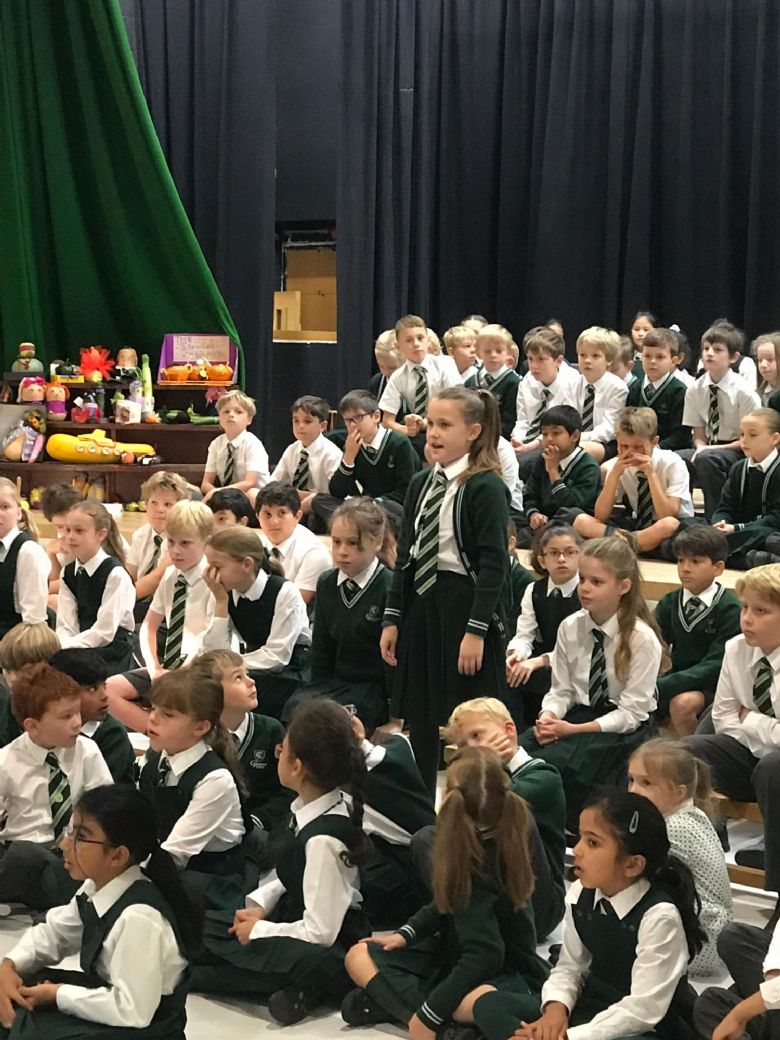 In Early Years, the children have been learning about autumn. Over the past two weeks they have visited Garson’s Farm for some pumpkin picking. Pupils were excited to ride a real life tractor out into a field of orange, where they scoured the area for the best looking pumpkins to bring back to school. Some of these were displayed at the Harvest Festival assembly and others were used to cut open and look at the seeds and feel the stringy texture inside. The children have also been learning about the changing colours of leaves during autumn, and so performed a lovely song for everyone at the Harvest Festival along this theme. 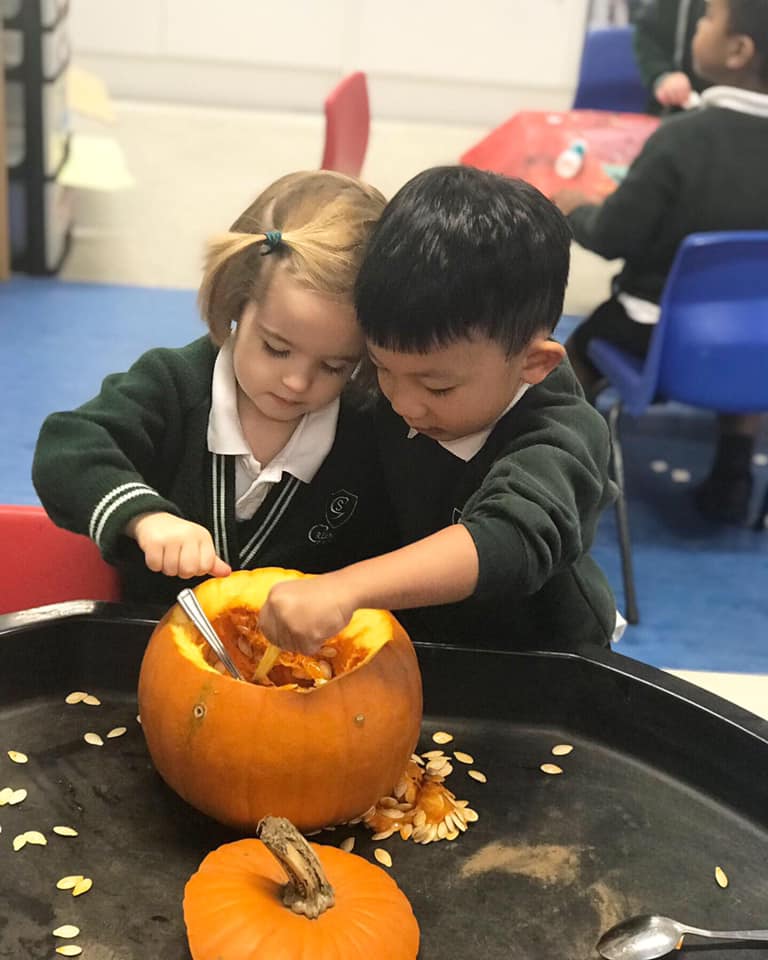 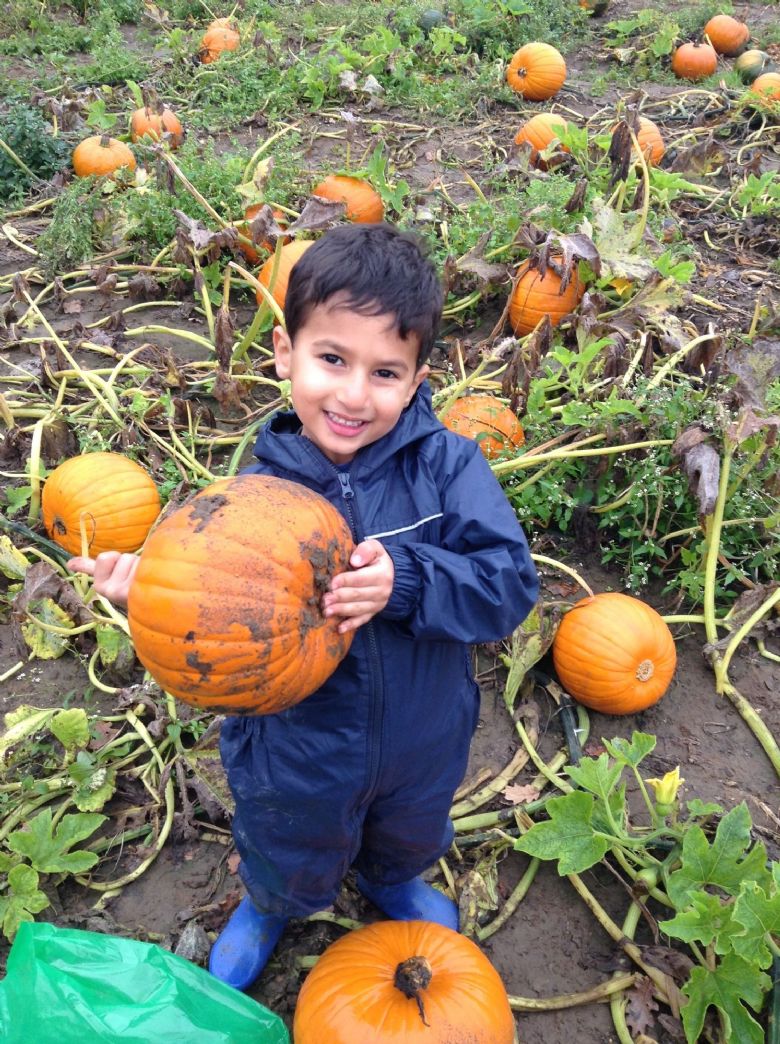 In both the Pre-Prep and Upper School assemblies, the children also performed an energetic harvest Samba, accompanied by our very own African drumming group. The Upper School assembly ended with an adapted Harvest Festival version of Abba’s “Thank you for the Music”.

The Harvest celebrations did not end there, as the "Best Dressed Veg" competition was still yet to be judged! Children were encouraged to submit a fruit or vegetable which was dressed to impress, in order to celebrate the harvest. The submissions were really very impressive, including a fruity Strictly Come Dancing judging panel, yellow submarine full of Beatles and Harry Potter! Well done to the winners: Tyler Forshaw-Abrahams in Year 2 for his onion clown, Lottie Mills in Reception for her parsnip princess, Robin Woods in Year 2 for his very smart Greenfield butternut squash and Holly Crowlins in Year 5 for her "Katy Peri Peri" chilli.

View some more of the entries here. 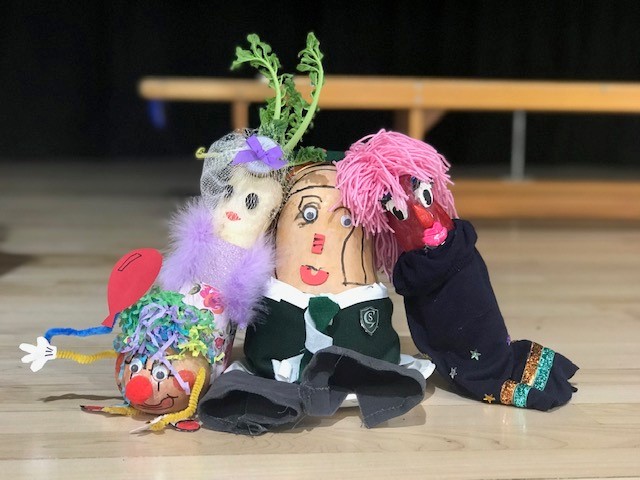 Thank you to everyone who participated in the harvest celebrations, and especially to all of those who donated food and toiletries which will be going to Woking Foodbank. 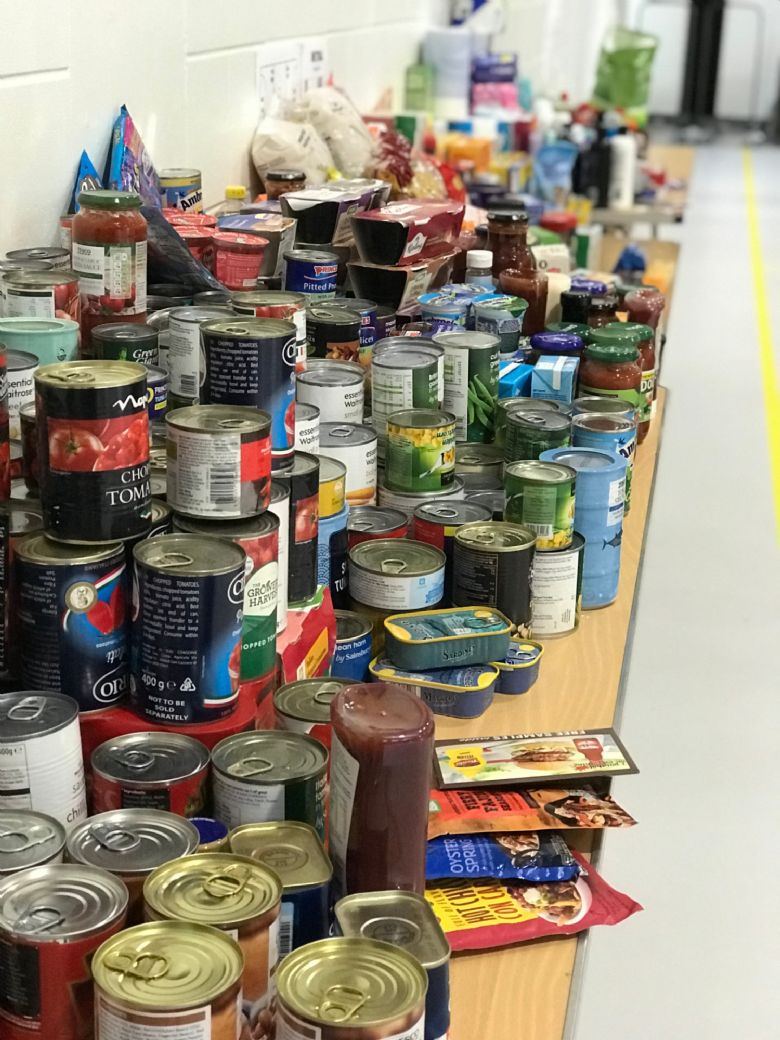