Hitting all of the right notes

Celebrating a note-worthy time in our music and drama department so far this term.

With our new home on the Old Woking Road has come additional space for practice, including sound proof music pods and a stage, as well as a new member of staff to the music and drama department. These additions, along with the pre-existing passion and determination from the children, have led to growth and success throughout the school.

Several pupils participated in the Woking Music Festival which has been taking place over two weeks in November. The annual festival celebrates the music and literary vitality of the local area. Founded by Nancy Leigh in 1926, the Festival is now one of the largest of its kind in Surrey with more than 1,000 people taking part each year.

On 7th November, Year 5 pupil Abbie Styles took part in the under 10 Musical category. Abbie performed "Wait A Bit" from the musical "Just So" and was awarded 2nd place for her excellent performance. 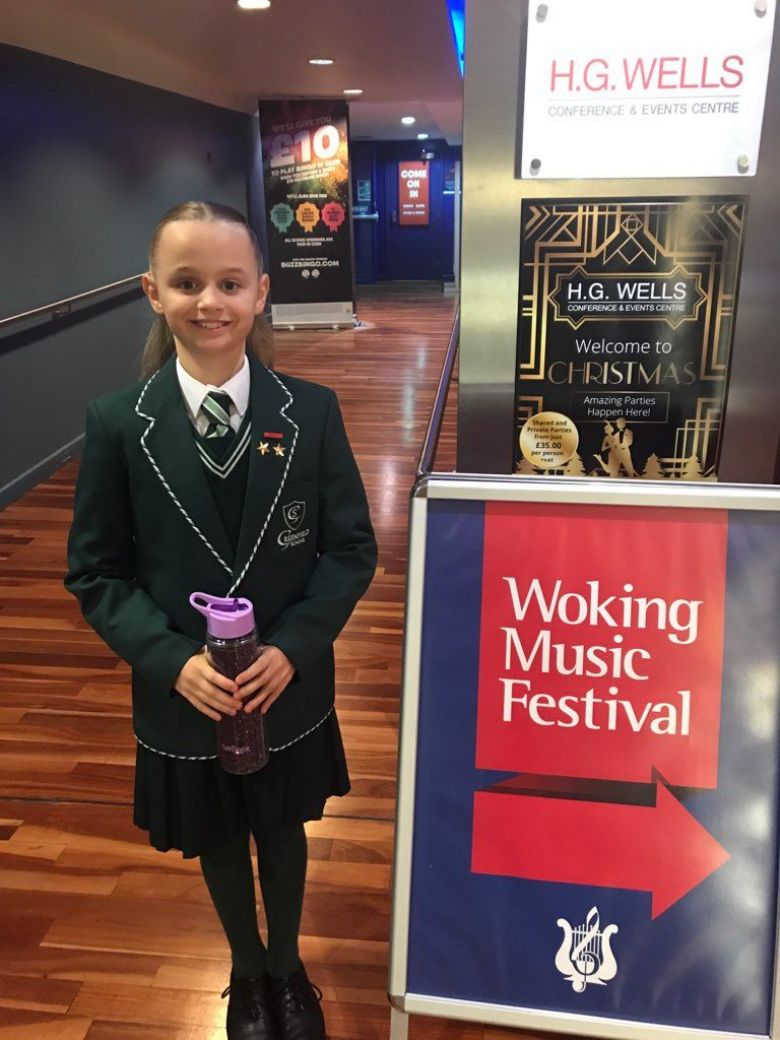 The following week, the Greenfield Chamber Choir won their category of School Choir under 11 Years at the Woking Music Festival on Tuesday. The children sang a complex arrangement of Paul Simon’s “Sound of Silence” and a peaceful rendition of “Prayer” from “Come From Away”. The adjudicator commented on their beautiful sound and polished performance. This is the choir’s third consecutive win and we are delighted to bring home the shield once more. 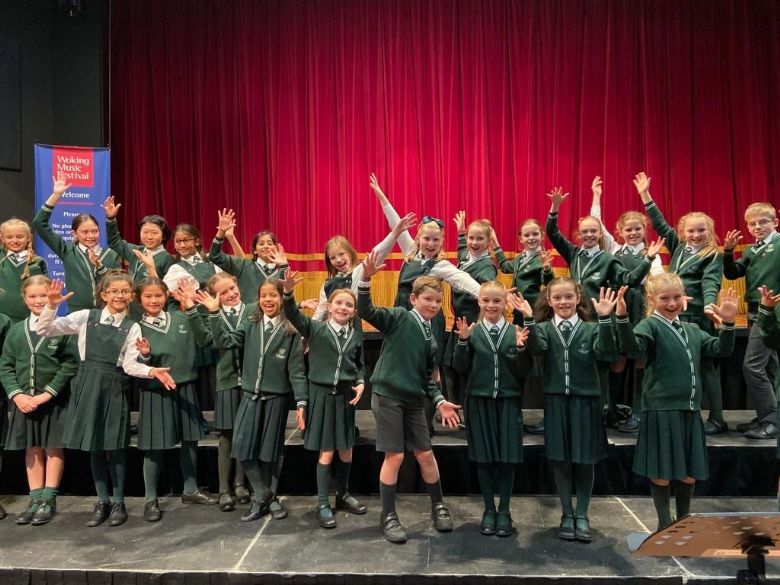 Just before the end of the festival, Year 2 pupil Anna Reeve and Year 6 pupil Dahlia Ford-Coughlan also managed to secure 2nd places in their categories. Anna performed a scene from “Matilda” by Tim Minchin in the Under 8 musical theatre category and Dahlia took on an acting solo in the Under 10 category, performing a monologue from “Witches” by Roald Dahl.

On top of the school’s success at the Woking Music Festival, Year 6 pupil Alicia Prentice-Crocker successfully auditioned for the World Renowned Theatre School – Sylvia Young. This is the third consecutive year that Greenfield have sent students to the school and is testament to the amazing work of the children in the Performing Arts Department. Head of Music and Drama, Beth Reeve, says: “Alicia could not have worked harder to achieve this and we look forward to seeing her name in lights.”

The Music and Drama department as a whole also have big Christmas plans, including performing at Great Ormond Street Hospital and releasing a music single to raise money for the homeless.