On Tuesday 3rd March, we hosted our very own Race for Life to raise money for Cancer Research UK.

The Race for Life event was launched and announced to the children with a “Wear it Pink” day on 10th February. Upon learning they would be taking on a Race for Life, the children were determined to meet their fundraising target of £1000. They worked hard to tell family, friends and neighbours about their challenge in hope of sponsorship which would go towards funding lifesaving research. 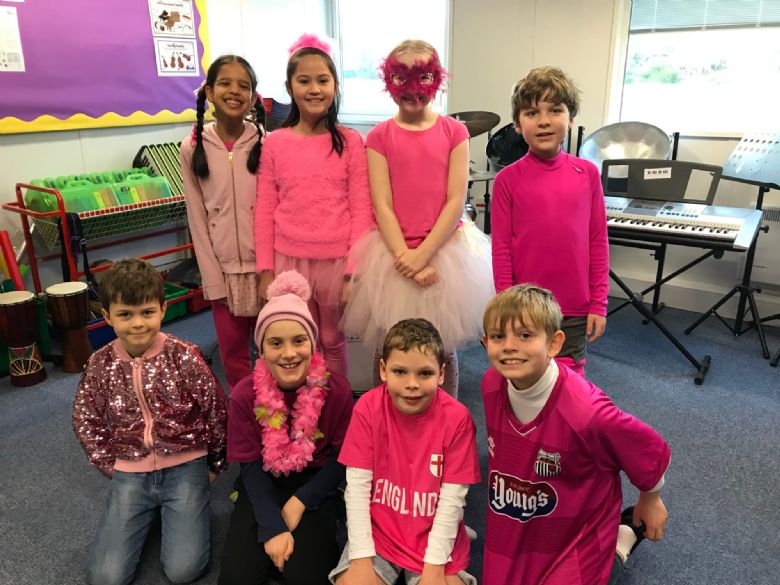 As the big day itself approached, staff and parents were checking the weather forecast anxiously, hoping all would go ahead as planned. Fortunately, amidst the stormy weather of the last few weeks, the day of the race was sunny and dry and really could not have been better!

All pupils at the school were invited to take part in the race. The youngest children ran one lap around the field, supported by older children from Years 5 and 6. For many of these three and four year olds, this was the first race they had ever taken part in, and they displayed triumphant effort. This impressive beginning was followed by children in Years 1-3 and then 4-6 running two laps of the field to also dash proudly through the finisher’s tunnel. 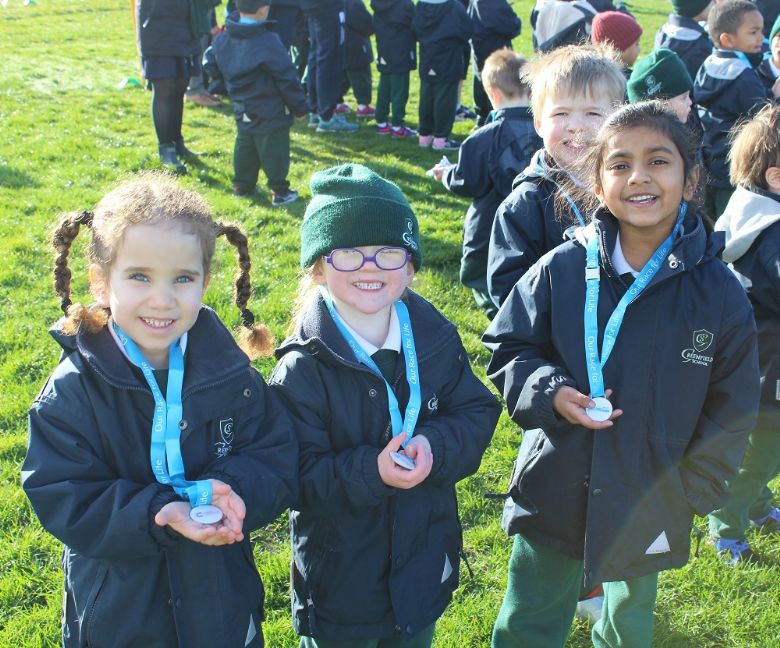 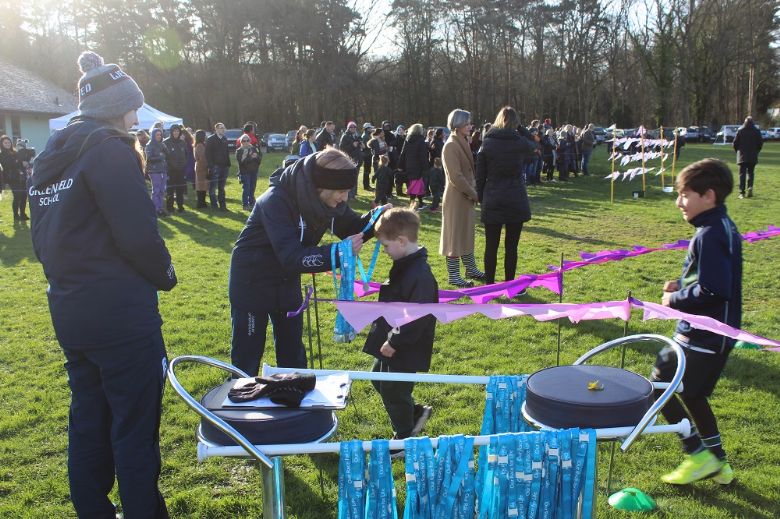 Each child to complete the course received a medal, many of which were worn all day at school! Finishers could also add their fingerprint to a blossom tree painting, which will be displayed at the school as a memory of the children’s accomplishment and the money raised for Cancer Research. 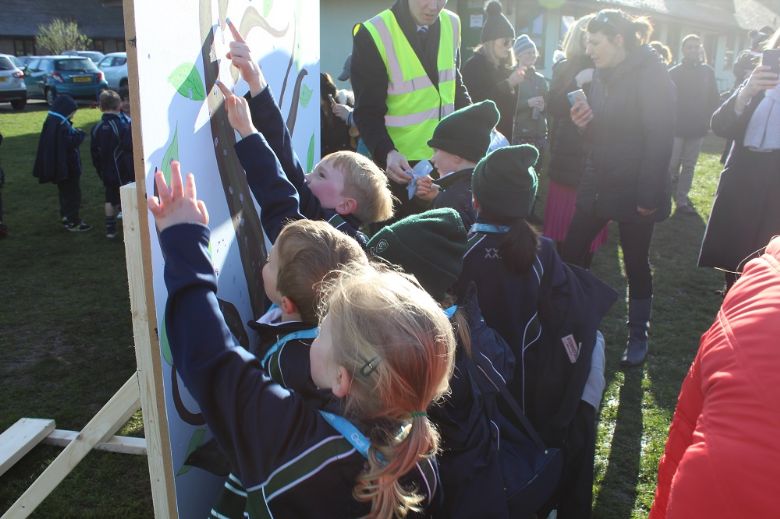 Children were also invited to make their own piece of celebration bunting to explain why they wanted to run the race. These messages were strung up on the field to encourage the children whilst they were running. The flags included messages such as “I am running for my friend’s mum who has cancer and for anyone else in the world with cancer”; “To save lives”; “To help them find a cure”; “For my aunty”. 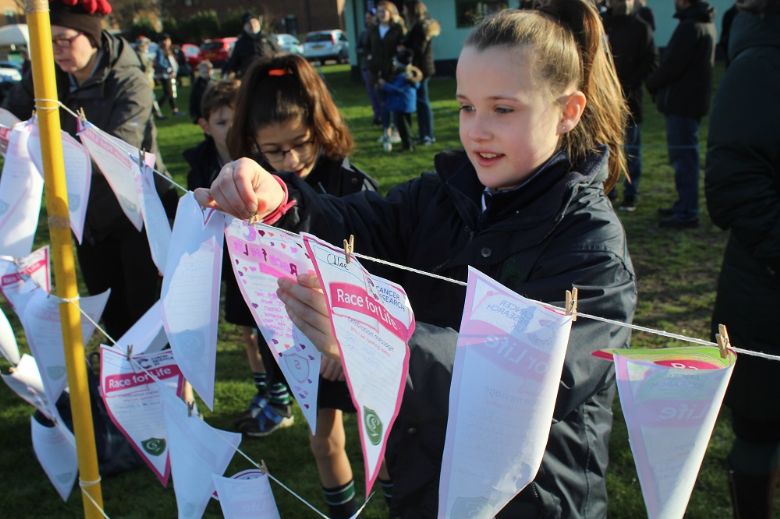 Through bucket collections at the race, online giving page and gift aid, pupils managed to smash their target and raise a whopping £3,297.57 for Cancer Research UK, and it is still going up!

Staff were thrilled at how many parents, friends, children, neighbours and colleagues sponsored the children, and spectated the event. It truly is testament to the incredible work of Cancer Research, a charity which resonates with so many, and the good we can do as a community when we all pull together.

View all of the photographs here.