Vikram was taking part in his first competitive tournament.  For his 6 matches he was drawn against some of the higher seeded players, but was successful in winning 3 games, losing 2 but drawing his last game to accumulate 3.5points.  Unfortunately missing the cut for the next round by half a point.

Rutwik won 4 of his 6 games, being in the top 4 at one point and on course for the 'top of the 2' trophy.  Unfortunately, he lost his 2 games after very close fought matches.  However, by winning 4 games he accrued enough points to qualify for the Giga Final at Twickenham in July.

Congratulations to both boys. 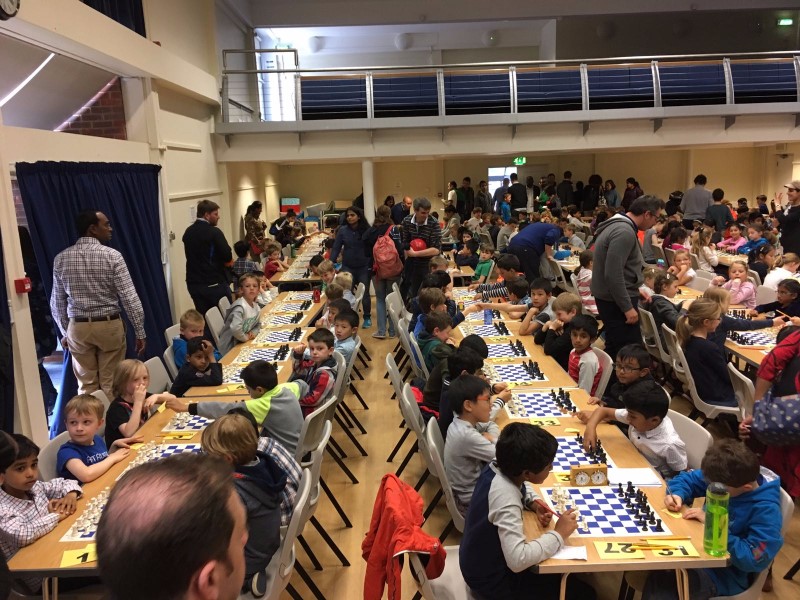