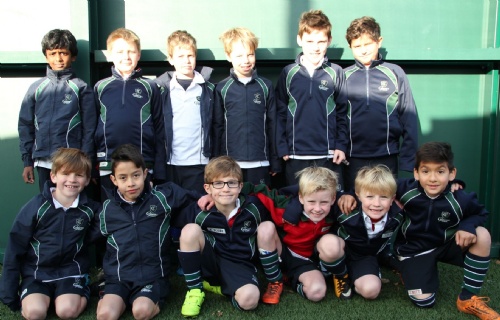 As the Football season draws to a close, Greenfield hosted the final in a trio of Festivals for U7s, U9s and U11s.

This Thursday saw the final instalment of Greenfield's Football Festivals this year. With the U7s tournament kicking things off in September and the U11s proving very successful last week, the final competition welcomed teams of U9s from various local schools.

The weather stayed dry but there was a bitter chill in the air and the boys and girls were no doubt pleased to be running around to stay warm. We can't say the same for the spectators but thankfully there were plenty of warming refreshments on offer!

Across the three Festivals Greenfield School has hosted this season, more than 60 teams from 21 local schools have taken part. The atmosphere at each event has been one of fun, friendly competition and community spirit. Thank you to all the schools, teachers, pupils and parents who have taken part or supported the events in some way.

We look forward to next year!